MDI Biological Laboratory, which is based in Bar Harbor, found its new president from its adjunct faculty.
Hermann Haller, a faculty member since 2007, is a leader in kidney disease, hypertension and kidney and blood vessel regeneration. He will take over from Kevin Strange, the institution’s president of nine years.

Strange’s last day is July 25, and Haller will start July 26.

“Dr. Haller’s outstanding reputation as an international leader in as well as his long association with the MDI Biological Laboratory, will be invaluable as we continue to build a world-class research program in the biology of regeneration and aging,” Peter J. Allen, chair of the board of trustees, said in a news release on Thursday. “Haller is a well-respected leader and distinguished physician scientist. We are thrilled to have the opportunity to work with him in strengthening the research and educational programs at the MDI Biological Laboratory.”

The institution, which has 62 full-time employees and five part-timers, pioneers new approaches to regenerative medicine focused on developing drugs that activate the body’s natural ability to heal, and that slow age-related degenerative diseases. It has identified potential new therapies for heart disease, muscular dystrophy, nerve damage. 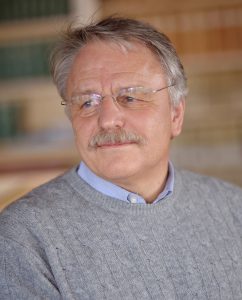 Haller has been associated with the MDI Biological Laboratory for over two decades and has served as an adjunct faculty member since 2007. He is also a full professor and chairman of the Division of Nephrology at the Hannover Medical School in Germany.

“The MDI Biological Laboratory has played an enormously important role in our understanding of kidney, cardiac, vascular and liver diseases over the last 120 years and I look forward to working with the board, faculty, visiting faculty, staff and our many supporters in continuing to build on this extraordinary legacy as we seek to understand our ability to repair the damage caused by disease and injury,” Haller said.

Haller received his medical degree at the Free University of Berlin and completed his postdoctoral work at Yale University. He has published more than 700 peer-reviewed articles, holds six world-wide patents and has founded four biotech companies.

In his nine years as president, Strange is credited with overseeing a significant expansion of the institution’s research and educational programs, the organization said in a news release.

“I’m very pleased Hermann is taking the reins,” Strange said. “I know the faculty and staff are looking forward to working with him. Hermann is a great colleague and has been extremely supportive of my efforts over the last nine years to transform the MDI Biological Laboratory into a world-class research institution with a cutting-edge focus.”