Peripheral neuropathy is a potentially disabling condition affecting up to 40 million Americans that causes, pain, tingling and numbness in the hands and feet. Treatments exist for alleviating pain, but the development of treatments to prevent or reverse nerve degeneration has been stalled by a lack of understanding of the underlying mechanisms. 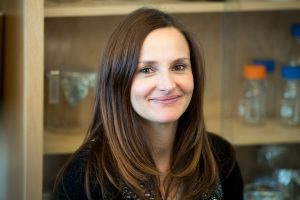 The recent study, published in theJournal of Diabetes and Its Complications, tested the effectiveness of one of these compounds in preventing glucose-induced peripheral neuropathy. The study found the compound to be effective in zebrafish and in mice, which are mammals like humans.

In the recent study of glucose-induced peripheral neuropathy, Rieger found that the same pathway is involved. She also found that reactive oxygen species (ROS), which can cause tissue damage, play a role in the process. The formation of ROS, which (also known as oxidative stress) is a hallmark of diabetes.