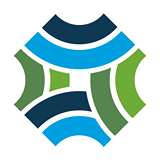 An MDI Biological Laboratory scientist’s work on wounds is getting federal funding from the National Institutes of Health.

Vicki Losick is getting $1.7 million over the next three years to study different ways that cells heal themselves after an injury.

Losick says wounds that don’t heal – which are associated with diabetes and more generally with aging – are becoming more of a problem. “If your wounds don’t heal you’re at a higher risk for infection, and that’s a considerable problem for Maine, where we have an aging population.”

Losick says chronic, non-healing wounds cost Americans $50 billion a year, making it one of the most costly health conditions.

Working with fruit flies, Losick has discovered that while most cells divide to heal wounds, some cells grow bigger.

“For some tissues it’s actually very difficult for them to divide,” she says, “so this offers an alternative strategy for them to get back that missing tissue.”

Ultimately the research would be used to create new therapies for non-healing wounds. Losick says that’s some time in the future.