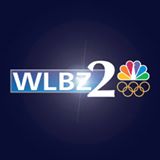 BAR HARBOR, Maine (NEWS CENTER) — A scientist at the MDI Biological Laboratory has discovered a critical cellular process that mirrors the effects that dietary restrictions have on aging, thereby potentially delaying the onset of age-related illnesses such as Parkinson’s Disease and Alzheimer’s.

Dr. Aric Rogers has been studying the process of aging for a while now, and he recently published a paper in the journal Aging Cell where he explains the mechanisms by which dietary restrictions delay the aging process.

Rogers explains that the formation of proteins in the body promotes growth and reproduction. By drastically restricting certain nutrients without causing malnutrition, the body largely reduces the amount proteins produced, causing the cell’s energy to be redirected toward stress-responsive proteins that help extend lifespan by maintaining cell balance and health.

By identifying the link between proteins and aging, Rogers can now study a way to manipulate genes to prevent the production of proteins, leading to the possibility of new drugs to prolong lifespan.

Not only would the drug delay the onset of Parkinson’s or Alzheimer’s, but the study shows that it has the potential of delaying the onset of any age-related illnesses. Rogers said that it, like the science behind dietary restrictions, the drug may even prevent cancer.

Although the research and investigation may take a while, Rogers believes that a drug will be available in our lifetime.