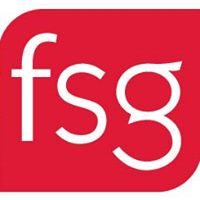 Q Can you give me an idea of the type of work you have been doing to date?

I am a developmental biologist. Research in my laboratory is focused on understanding how exposure to environmental stressors during early development can affect adult anatomy and physiology. The work has two prongs. The first looks at how networks of transcriptional regulatory genes and their protein products control gene expression to direct the course of development. This is something I have been studying for over 25 years, beginning as a postdoctoral associate of the late Eric Davidson at the California Institute of Technology (CA, USA). The second prong examines how environmental variables and stressors influence the activities of transcriptional regulatory proteins that play important developmental roles, thus altering the course of development. So the work is centered on the problem of developmental plasticity.

It is known that chronic psychosocial stress early in life increases disease risk later in life and possibly even in subsequent generations. A common denominator of the diseases that are predisposed to develop – ranging from asthma and rheumatoid arthritis all the way to mental health problems such as depression and anxiety – is chronic inflammation and immune dysregulation. So a major question is: how does chronic psychosocial stress early in life lead to chronic inflammation and immune dysregulation later in life? It is a problem of development and epigenetics.
Read the full interview.