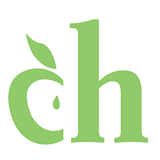 Every 40 seconds someone in the United States has a heart attack. It’s the leading cause of death for men and women. A heart attack happens because a blood vessel has become clogged and the flow of oxygen and nutrient-rich blood is severely reduced or in some cases, totally cut off.

If the affected heart muscle is damaged it can heal, but it may not be able to pump blood like it used to because of scar tissue. Whenever a wound heals in a human, a scar is usually left behind. What if there was a treatment available that restored the injured area to its original form? Without any scar tissue?

That’s exactly what scientist Dr. James Godwin is working on at MDI Biological Laboratory (MDIBL) in Bar Harbor. And he discovered that the immune system may play an important role — at least in the salamander.

Salamanders have this amazing ability to regenerate nearly all parts of their body, including heart tissue, at any age (they live about 30 years). “You can cut a third of the heart ventricle off and it will regenerate in about 30 to 60 days and become almost unrecognizable from the original,” Dr. Godwin explained to me when I visited his lab. “It’s like a perfect copy. We can’t really find any major difference.”

That’s why salamanders are a perfect model for researching the hows and whys of regeneration. In his research on the axolotl, which is a Mexican salamander, Dr. Godwin discovered that when it comes to regenerating tissue without scarring, a white blood cell called the macrophage may be a triggering factor.

Macrophages are usually the first to respond when you get an infection. The word macrophage means “big eater” and that’s what they are. They gobble up viruses and bacteria and dead cells.

In Dr. Godwin’s research, when a salamander’s injured heart tissue was healing, as long as there were macrophages present, it didn’t form scar tissue. Take away the macrophages and scar tissue formed.

In an earlier study, he found that macrophages also play a role in regenerating limbs in salamanders. He originally became interested in looking at how the immune system might be involved in regeneration because as a “first responder” when someone is injured, macrophages would be the cells responsible for “preparing the ground for tissue repairs.” 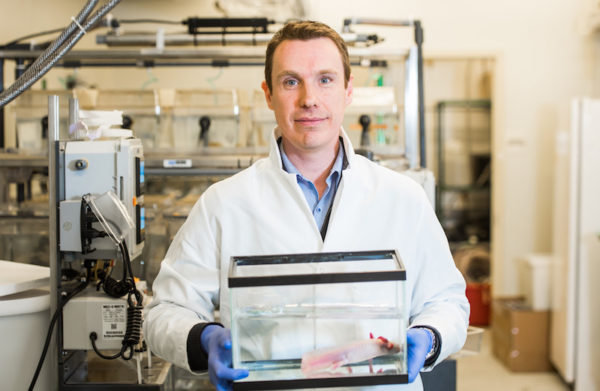 But why is it that a salamander has regenerative abilities and not other creatures? Humans have the ability to heal without scarring, but only in utero and only until about the second trimester.

In addition to what Dr. Godwin has discovered about macrophages in salamanders, other scientists have since figured out that they’re also vital to regeneration in multiple organisms. “They’re important in zebrafish, they’re even important in cockroaches. They’re fairly important in growing new limbs in cockroaches, invertebrates,” said Dr. Godwin. “A slew of papers are showing that they’re important in mice. The mouse has the ability to regenerate its heart day one and loses it by day seven. If you get rid of the macrophages at day one, no heart generation.”

It isn’t that our bodies have no macrophages at all. They do and they’re an important part of the immune system, always on guard for signs of infection. The big question is what triggers them to stop helping to regenerate tissue without forming any scars? 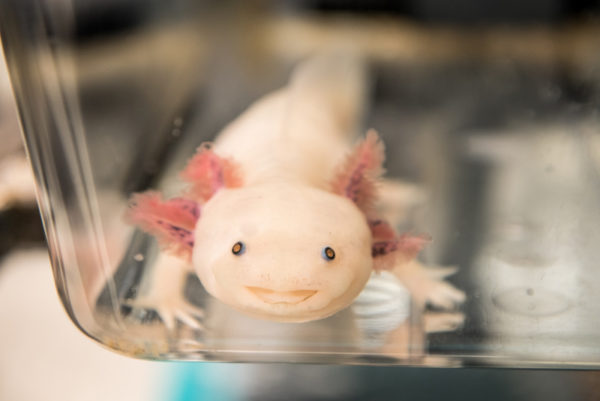 Dr. Godwin is doing his best to find the answers. He is replicating the salamander studies he did at MDIBL on mice at nearby Jackson Laboratory.

“I found a lot of things that I need to check,” he said. “And so I’ve been checking the importance of those things in the mouse. The salamander tells me the secrets and then I can double check it in the mouse to see if it’s actually important.”

Someday, hopefully, he’ll be able to move to humans. “I’m focused on getting to the patient endpoint,” he said, “but it’s a long road.”

A long road, maybe, but not an impossible journey. “Now we have lots of genetic and molecular tools,” explained MDIBL President Dr. Kevin Strange. “We have lots of good animal models in the laboratory that we can study. So now you can really drill down and we can start to actually ask rational questions about why humans don’t do [regeneration] very well.”

I asked Dr. Godwin about the fact that we humans do regenerate new tissue — that even if we develop scars, when we cut ourselves, for instance, the wound generally heals. “My definition of wound healing is a repair job,” he answered. “You can see where the cracks used to be, where the patch job is taking place. Regeneration is complete. It’s the difference between rust removal and a completely new frame.”

What Dr. Godwin eventually hopes to do is develop drugs derived from macrophages that will give humans the ability to heal without scarring — either directly or by triggering genes that control the formation of macrophages. His research and work being done by other scientists at MDIBL could someday lead to humans being able to regenerate tissue from head to toe — the brain, the spinal cord, the heart, damaged organs, severed limbs …