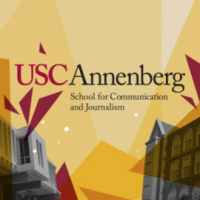 Zebrafish are one of the darlings of the scientific research community, known for their ability to regenerate. Scientists can cut off their tails a seemingly infinite number of times and the fish will regrow exact copies without scarring. Because of the zebrafish’s genetic similarities to humans, scientists are also studying them to better understand the human genome.

A scientist at the MDI Biological Laboratory in Bar Harbor, Maine, is using zebrafish to try to understand something often left to psychiatrists and social scientists: early life stress.

Developmental biologist James Coffman is studying how chronic exposure to stress in early life can lead to diseases such as arthritis, asthma, cancer or even mental illness.

Coffman and his team of researchers bathed zebrafish embryos — from 0 to 5 days — with cortisol, a hormone that is naturally produced by the both zebrafish and humans in response to stress. At first, the scientists didn’t observe overt differences between the embryos that received the stress bath and their regularly developing counterparts — until adulthood, several months later.

Coffman and his team looked at how well the fully mature adult zebrafish re-grew their tails, and found that inflammatory genes in the cortisol-treated embryos “displayed a strikingly abnormal response to the tailfin injury.” They noted that the genes normally involved in mounting an inflammatory response were already on in the zebrafish who had received the stress bath, before their tails were cut. And they stayed on. In those fish that didn’t receive the bath early in life, the genes displayed the normal “transient expression,” which means they mount the inflammatory response required to regrow the fin, and then turn off.

The researchers also found that the cortisol-bathed fishes’ immune system did not respond normally to molecular signals presented by infectious bacteria.

“You’re basically setting up the next generations for having health problems through no fault of their own,” Coffman said. “When you’re developing in utero, you have no ability to change your circumstances, and yet you’re being primed for diseases later in life.”

This suggests that the fish that experienced chronic stress at the start of life had chronic inflammation and a weakened immune system in adulthood. Coffman said that chronic inflammation occurs when “the defensive cells of the immune system do not obey the body’s instructions to cease fire and stand down, which can result in debilitating diseases ranging from arthritis, asthma and psoriasis to cancer, cardiovascular disease and type II diabetes, and even mental illnesses such as chronic depression and anxiety.”

Humans and zebrafish have basically the same physiological stress-response system, and we’re both also social organisms. Because of these similarities, the social implications of this work are noteworthy.

“Take people who have strong adversity, people in poverty, for example, who are chronically stressed because of their social situation,” Coffman explained. “You’re basically setting up the next generations for having health problems through no fault of their own. When you’re developing in a uterus, you have no ability to change your circumstances, and yet you’re being primed for diseases later in life.”

Coffman, who started studying this just four years ago, and had his first paper on it published late last year, is quick to qualify his work.

“I’m a Johnny-come-lately in this field,” he said. He’s finding fresh evidence of biological pathways that experts studying early life stress have known for years. But his colleagues in other fields appreciate the work.

“What is he adding? At least in the zebrafish, some evidence for what these mechanisms might be, and that’s interesting,” said Megan Gunnar, a leader in early childhood research and director of the Institute of Child Development at the University of Minnesota. “It’s not going to translate directly to humans because we are not a fish. But, the more models you have, the more you can ask, ‘What is the human chapter to this story? How might it be written?’” Developmental Biologist James Coffman, Ph.D., is Associate Professor at the Kathryn Davis Center for Regenerative Biology at the MDI Biological Laboratory and the Principle Investigator of the Maine IDeA Network for Biomedical Research Excellence (INBRE)

Coffman says we, as a society, already know how to combat early childhood stress.

“We know that for people who have strong social support, be it family support, or just not having to worry about things, stress is not as much of a problem,” he said. “So you can imagine that by causing anything that is going to reduce the amount of social support that you have in a society is going to significantly increase the public health burden in future generations simply by making chronic stress more of a problem.”

Coffman hopes his and others’ work will identify new avenues for therapies designed to lessen the disease risk caused by early life stress. And he hopes there will be some cross-pollination between the disciplines.

“What are the gaps in knowledge that the people who are working with humans have, that could benefit from an experimental model?”

Coffman got into this work because he wanted to learn more about how the aging process worked.

“I became interested in the relationship between stress and aging because stress is something that we know seems to promote aging, and people who are chronically stressed age before our eyes,” he said.

He wasn’t thinking at first about human children living in adverse conditions.