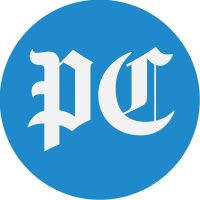 This is just a small snapshot of the trash found on South Carolina beaches as entered in the South Carolina Aquarium’s Citizen Science app. The Litter-free Digital Journal is one of the app’s five projects. It’s free to use and open for people to add their own trash observations.

“We want people to use this whether they’re picking up one item on their way to the parking lot or going out for a concerted effort to pick up litter,” said Kelly Thorvalson, the conservation program manager at the SC Aquarium.

The database is being used by local organizations to influence environmental regulations, such as plastic bag bans, a hot topic on coastal communities and in the state Legislature. 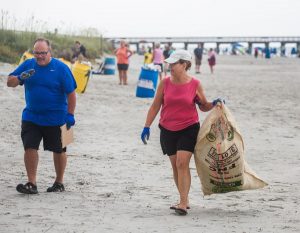 “It’s designed to help not only educate the public, but also for lawmakers to consider, and they can try to develop solutions for reducing trash,” said Susan Hill Smith, an Isle of Palms City Council member.

She and Katrina Limbach co-founded of the Isle of Palms Cleanup Crew, a group that conducts weekly trash pickup sweeps during the summer months.

Thorvalson testified Tuesday before the Isle of Palms City Council during the first reading of an ordinance that will prohibit beach-goers from bringing single-use plastic bags, plastic straws, balloons and polystyrene containers to the beach. The ordinance passed 9-0 in the first reading.

The Isle of Palms Cleanup Crew is one group that contributes to the Litter-free Digital Journal, although most members record their trash observations the old-fashioned way, with pen and paper. These physical records are later transferred to an open-source database in the app.

The group logged over 23,000 pieces of trash during an 11-week period.

“If we do a pick-up without data, we know that cigarettes were probably the most common item,” Thorvalson said. “But once you have numbers, you can really see how vast the problem is.”

Data like this was presented to state lawmakers in the last legislative session during a debate on whether to prevent local governments from banning plastic bags, foam containers or any other type of single-use packaging.

The bill stalled in the Senate but could be revived when the session begins again in January.

The Citizen Science app was launched in 2017 through a partnership between the S.C. Aquarium and the Mount Desert Island Biological Laboratory.

As of May 28, the app had almost 900 unique “users,” although organizations like the Isle of Palms Cleanup Crew can file trash as one user.

In the Litter-free Digital Journal, users are prompted to add an observation and classify the trash they find by its type. Was it a piece of plastic? Fishing gear? Glass?

The app also gives the users the option to include a note or a photo with their observation. The more details, the better, Thorvalson said.

The Isle of Palms City Council meeting comes shortly after the big Memorial Day weekend, when town business owners reported a sharp increase in the amount of beach trash.

West organized a pop-up sweep Tuesday in an attempt to clean up some of that holiday weekend trash.

“I was shocked and appalled at the amount of garbage left on our porches, sidewalks, boardwalks, and beaches,” West said via the restaurant’s Facebook post. “It would have taken an army to clean it all up.”

After meeting monthly during the off-season, the Isle of Palms Cleanup Crew will resume its weekly meetings on June 10. The group meets every Monday from 5:30-6:30 p.m. Sign-in will be on Front Beach by the city restrooms and showers.

“It’s a great way to share that data with the people that are trying to make a difference, but then also look at the bigger picture of what’s going on with trash along the coast,” Smith said.