BAR HARBOR — Dietary restriction, or DR, which refers to calorie restriction without malnutrition, is the most robust intervention known for extending lifespan, and has been demonstrated to increase lifespan and delay the onset of age-related degenerative disease in a wide range of species, from one-celled yeasts to primates.

The nature of this complexity is illuminated in a new paper by MDI Biological Laboratory scientists Jarod Rollins and Aric Rogers. 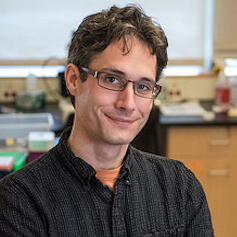 They describe the mechanisms by which longevity is regulated post-transcriptionally, or after a genetic blueprint has been transcribed from an organism’s DNA. The identification of these mechanisms could serve as a road map for screening new, more specific drugs to prolong healthy lifespan.

“The MDI Biological Laboratory is deeply committed to translational research, or research that can be translated into therapies to improve human health in our focus areas of regeneration and aging,” said lab President Hermann Haller.

“Because it identifies new potential drug targets in the form of the post-transcriptional mechanisms governing longevity, this research will be hugely important in screening for new therapies to extend healthy human lifespan.”

The paper, “Dietary Restriction Induces Post-transcriptional Regulation of Longevity Genes,” which was recently published in the journal Life Science Alliance, is the product of five years of research in the Rollins and Rogers laboratories at MDIBL.

The scientists used bioinformatics, or data analysis, techniques to compare genes in worms fed normal diets with those whose diets were restricted.