HomeNewsIn The MediaDo You Want to Live Longer? Maine Scientists Score $12M to Further Study to Find the Secret 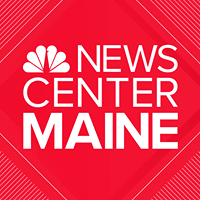 The MDI Biological Laboratory in Bar Harbor, that has been focused on the study of aging and regeneration since 2009, recently received a highly-competitive grant from the National Institutes of Health.

“If we slow the aging process, we’re essentially slowing the onset of all these age-related diseases,” Dr. Jarod Rollins said. “That’s particularly important in Maine because we’ve got one of the most elderly populations in the nation.”

Rollins, an assistant professor at the lab, works to study how genes react to dietary restrictions and how food choices impact aging.

“This opportunity allows me to stay in my home state and allows me to train the next generation of scientists,” Rollins said.

This is the second grant of its kind the laboratory has received. Rollins said the funding is a big boost to Maine as it has allowed Mainers like him to stay in the state and take scientific risks.

The latest funding was secured largely because of the major discovery the team made in 2012.

“The thing is it works! I’m still telling myself, I don’t know how it all worked,” President of MDI Biological Laboratory Dr. Kevin Strange said.

In just three years, Strange and his team discovered a molecule that could trigger the regeneration of tissue in the heart after a heart attack.

They discovered it by studying creatures like zebra fish and salamanders that have the natural ability to regenerate.

“If it works in humans, you’ve changed the world.” Strange said.

Strange said, while there is still a long way to determine if the molecule can be used as a drug for humans, it could be crucial to combating the leading cause of death in the country: heart disease.

According to the U.S. Center for Disease Control, someone has a heart attack every 40 seconds.

This particular molecular discovery will now go on to further study through an entity separate from the lab to work toward FDA approval—a process Strange said will take some time and millions of more dollars.

Meanwhile, Rollins and other scientists will continue their work to combat other diseases as well as delve into just what causes humans to grow old.

“We’re adding pieces of the puzzle that will essentially allow us, if not to be immortal, at the very least for humans to be able to live longer and healthier lives,” Rollins said.