HomeNewsIn The MediaDiscovering the Mechanisms Behind Wound Healing: An Interview with Vicki P Losick

Wound healing is the dynamic, multi-stage process by which skin and other body tissues repair themselves in the case of disease, trauma or even aging, which can be considered a series of mini-wounds. Effective treatment options are needed to avoid symptoms including pain, odour and risk of infection and to quickly get patients back on their feet.

In a recently published study, Dr Vicki P Losick of the MDI Biological Laboratory (Bar Harbor, ME, USA) discovered a new healing mechanism that she calls wound-induced polyploidy (WIP). The traditional view holds that the size and function of injured or diseased tissue are restored through cell proliferation, but Losick has discovered that WIP accomplishes this through the enlargement of existing cells.

In this interview, she discusses her research into the pathways involved in wound healing and the considerations involved in translating this knowledge into clinical outcomes. 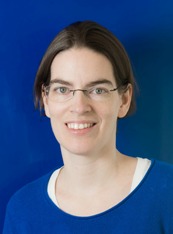 Vicki P Losick, PhD
Wound healing typically relies on cell division to replace cells lost to injury, disease or aging, but Dr Losick has found that cells can also be replaced by the creation of extra-large polyploid cells, or cells with more than the diploid number of chromosomes. Wound-induced polyploidy (WIP) appears to be widely used in fruit flies and mice. Dr Losick originally discovered WIP in fruit flies and then found in collaborative work that WIP is conserved and functions in the mouse cornea. She is now studying why WIP occurs and the molecular mechanisms that regulate it with the ultimate goal of improving wound healing in humans.

Can you tell us about yourself and your career to date?

My pursuit of a science career was inspired by a curiosity in the way things work and a desire to tackle problems that I’ve had since an early age. I earned a bachelor’s degree from Bates College (Lewiston, ME, USA) in biochemistry and a PhD from Tufts University School of Medicine (Boston, MA, USA), where I studied how the Legionella pneumophila bacterium causes Legionnaire’s disease.

In my post-doctoral studies I moved beyond microbiology, working with Dr Allan Spradling at the Carnegie Institution for Science (Baltimore, MD, USA) to study how tissues repair themselves in fruit flies. The fruit fly is a great genetic model system that has already yielded significant insights into wound healing, including how embryonic wounds heal and how stem cells maintain identity and function. I wanted to learn more about how adult tissues heal themselves, particularly those that lack a proliferative cell source.

“One of the challenges in the wound healing field is that even though we understand the core steps involved in healing, we still don’t have a good understanding of how different tissues respond to damage.”

What are the biggest challenges in wound healing and why do we need to understand the process better?

One of the challenges in the wound healing field is that even though we understand the core steps (wound healing occurs through a cascade, or sequence, of events in which an inflammatory response occurs, cells are lost and replaced, and either regeneration or remodeling take place), we still don’t have a good understanding of how different tissues respond to damage.

Some tissues, such as skin, have a robust ability to heal, in part because skin contains resident stem cells. For reasons we don’t fully understand, other tissues – heart, for instance – do not have stem cells and as a consequence do not heal as well. We still don’t understand why tissues have different capacities for healing and what mechanisms compensate for cell loss, especially in tissues that don’t regenerate.

Cellular hypertrophy in response to injury has been known for some time. Were you surprised to discover that this is actually a wound healing mechanism?

Yes. I started my postdoctoral research by investigating how tissues made up non-dividing cells undergo repair. At that time, there were many unanswered questions, including ‘Do non-dividing, differentiated cells re-enter the cell cycle and proliferate when injured?’ and ‘How does repair occur?’. To answer such fundamental questions, I created an injury model in the epithelium of the adult fruit fly, which like many tissues in our bodies is made up of differentiated cells that do not divide.

“I was surprised to find that cellular hypertrophy in the fruit fly was actually a critical part of the normal wound healing response. That led me to re-examine all of the examples in our body in which we see cells growing rather than dividing, like the heart, and to reconsider cell growth as part of the organ’s innate ability to repair tissue damage.”

I found that when the adult fruit fly is injured, the injury causes cells to re-enter the cell cycle but, rather than completing mitosis (cell division) the cells around the wound site grow in size by forming giant polyploid cells. This is similar to the cellular hypertrophy response that is seen in the injured adult heart. Heart cells, or cardiomyocytes, have been observed to increase in size and sometimes ploidy in response to injury. I was surprised to find that cellular hypertrophy in the fruit fly was actually a critical part of the normal wound healing response. That led me to re-examine the examples in our bodies in which we see cells growing rather than dividing and to reconsider cell growth as part of the organ’s innate ability to repair tissue damage, instead of as a marker of pathology.

Read the full article on the Regenerative Medicine Network site.