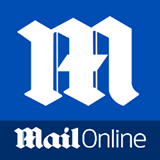 Regenerating limbs that have been cut off is a power reserved for comic book heroes and a handful of primitive animals.

But scientists believe it may be possible to unlock the secret to regrowing lost limbs after identifying a set of genetic switches that allow creatures like the axolotl to regenerate parts of their bodies.

The primitive amphibian, which is a type of salamander found in Mexico, can regrow its legs, tail and even parts of its spinal cord.

The scientists found it shares a genetic mechanism with two other creatures that can regenerate tissue – the zebrafish and a ray-finned fish from Africa called the bichir.

It suggests these creatures may have inherited their ability to regenerate from a common ancestor that lived 420 million years ago.

Humans themselves have also inherited some of these same genes but they are far less active in our species.

The findings raise the prospect that it may be possible to switch them on to help improve human healing and even regrow limb tissue.

Dr Voot Yin, a biologist at the MDI Biological Laboratory in Bar Harbor, Maine, who helped lead the research, said: ‘Limb regeneration in humans may sound like science fiction, but it’s within the realm of possibility.

‘The fact that we’ve identified a genetic signature for limb regeneration in three different species with three different types of appendages suggests that nature has created a common genetic instruction manual governing regeneration that may be shared by all forms of animal life, including humans.’

The researchers, whose work is published in the journal Public Library of Science One, studied the formation of a mass of cells called a blastema in each of the three species.

A blastema is a critical first step in the regeneration process and the scientists these in each creature had a common set of genes.

Each of these were controlled by a network of genetic regulators known as microRNAs.

MicroRNAs are short sequences of genetic material that play a role in regulating how genes are expressed.

The team identified ten microRNA molecules that appear to play a role in the regeneration of limbs in the axolotl, zebrafish and bichir.

Dr Benjamin King, who also led the research at the MDI Biological Laboratory, a not-for-profit research institution, said: ‘We didn’t expect the patterns of genetic expression to be vastly different in the three species, but it was amazing to see that they were consistently the same.’

The researchers said they also found four RNA fragments which appear to found in humans.

They are now hoping to study these further to unravel whether they can be activated to trigger regeneration in species like humans that currently cannot do this.

Drugs could be used to turn on the regeneration mechanisms to help speed up healing or replace damaged tissue, which use similar genetic mechanisms.

It could also be used to regenerate nerves damaged in an amputation and help integrate them with prosthetic limbs more effectively.

But ultimately the researchers hope to see if the mechanism could be exploited to allow humans to regenerate limbs themselves, although they warn it could be several decades before that is possible.

Dr Yin said: ‘It depends on the pace of discovery, which is heavily dependent on funding.’

Dr Kevin Strange, president of MDI Biological Laboratory, added: ‘Scientists here are studying an evolutionarily diverse range of animals to gain insight into the genetic mechanisms underlying the repair and regeneration of complex tissues and why these processes are poorly active in humans.

‘The value of our approach is confirmed by this remarkable study, which for the first time reveals a genetic network governing limb regeneration that is common across three evolutionarily distinct animal species.’

HOW ZEBRAFISH REPAIR THEMSELVES

The team discovered that in zebrafish, ’tissue regeneration enhancer elements’ turn on the regeneration genes at the site of an injury.

In zebrafish a gene called leptin b is turned on in injured fins or heart.

Scouring through thousands of base pairs around this gene, the researcher found distinct enhancer elements relating to each location.

By fusing the sequences to the two regeneration genes, the researcher created a zebrafish with superior fin and heart regeneration capabilities.

The team then tested these elements on mice.

This revealed that the ‘borrowed’ enhancer elements from the zebrafish genome would turn on the regeneration genes in the injured paws and hearts of mice.