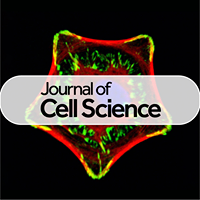 Sandra Rieger studied at the University of Applied Sciences at Fulda, Germany, and wrote her diploma thesis in collaboration with Zyomyx, Inc. (San Francisco, USA). She then joined the laboratory of Reinhard Koester at the Helmholtz Center in Munich to complete her PhD in developmental neurobiology in 2008. For her postdoctoral studies, Sandra moved to the University of California, Los Angeles to work with Alvaro Sagasti on axon regeneration in zebrafish. Since 2011, she has been Assistant Professor for regenerative biology and medicine at the MDI Biological Laboratory in Maine, USA. In the summer of 2018, Sandra will establish a laboratory at the University of Miami, Florida, to become a tenure-track Associate Professor at the Department of Biology. The Rieger laboratory studies cellular communication mechanisms between sensory neurons and injured epidermal cells, leading to wound healing, nerve regeneration and degeneration after injury or exposure to chemotherapeutic agents.

What inspired you to become a scientist?

I always enjoyed puzzles and trying to put things together that don’t make sense initially. My father is a psychologist and he always told me to find a job that I really like for my career, because I have to work in it for many years. Since I liked science, it was just something that I then followed; I guess my inner-self told me that I needed to follow this path.

As an undergraduate student, you did an internship and worked for a biotech company in the Bay Area, in which you also researched your diploma thesis. Did this help you to decide whether to do science in industry or academia?

Definitely. I stayed three semesters instead of one, and also wrote my thesis there. I worked on phage display, and we attempted to make artificial proteins and antibodies. Being in the company, I realised that I would never want a career in industry: people got laid off and were told ‘you’ve got to go right now’; they were escorted to the door, they couldn’t even grab anything personal or from their lab. It was a small start-up company, and it may have been an extreme case because they had a lot of pressure to demonstrate performance and return of investments. But I didn’t want to work in an environment like that and decided I’d like the academic path, where I’m not exposed to those types of cut-throat approaches.

What questions are your lab trying to answer just now?

My research focuses on studying the communication between epidermal keratinocytes and sensory nerve endings in the skin, especially during tissue damage or injury, as well as chronic damage due to toxin exposure. For example, chemotherapeutic agents seem to have an effect on skin cells and we have found that this causes nerve endings to degenerate, leading to a condition known as peripheral neuropathy in humans. Neuropathy leads to symptoms like tingling, numbness, temperature sensitivity and pain; some patients have very severe symptoms and need to quit chemotherapy. So there’s a necessity to find treatments for this particular type of condition. We looked into the effect of a chemotherapeutic agent like Paclitaxel (Taxol) on sensory nerve endings in the skin and found that small unmyelinated fibers in the epidermis degenerate due to damage of the skin cells, rather than the chemotherapeutic agent acting directly on axons. This is one type of nerve degeneration, but there are other types of neuropathy as well, which may be caused by different effects. I’m also interested in how nerve endings regenerate after skin injuries. We have found that hydrogen peroxide plays a critical role in the regeneration of these nerve endings. When I was a postdoc, people associated hydrogen peroxide and oxidative stress with detrimental effects on the nervous system, but I found, for the first time, that it actually promotes regeneration as well. It turns out that very low levels of hydrogen peroxide are beneficial for cells in general to run their normal physiological functions, but if you have very high concentrations, as in many neurological diseases, this leads to degeneration. It all depends on the concentration of hydrogen peroxide, as well as its temporal regulation. Not all cells produce it in terms of injury; it seems that epithelial skin cells induce hydrogen peroxide after some insult to promote healing, which is very interesting.

Do you see yourself as a cell or developmental biologist, or rather as a researcher in the field of regenerative medicine?

I think I fit best in the field of regenerative biology and wound healing. I would also add neurobiology, because I’m looking at nerve signalling and sensory axons, so I feel like I’m touching on multiple aspects. We’re also trying now to do more cell biology to specifically look at the effects of Paclitaxel, which is a microtubule-stabilizing agent. We’d like to know how Paclitaxel influences or damages skin cells, which then influence axons, leading to degeneration. It has also been found that Paclitaxel affects mitochondrial function, leading to mitochondrial damage, so we are going to work more on cell biology in the future.

Do you have a long-term plan of how your findings could lead to a treatment against peripheral neuropathy?

When zebrafish are treated with Paclitaxel, it leads to an epidermis-specific upregulation of matrix metalloproteinase 13 (MMP13), which is a collagen-degrading enzyme, but it can also degrade other matrix molecules. We found that when we block this enzyme, then axon degeneration is prevented and we now have studies in the rat confirming that it is also conserved in mammals. Therefore, our goal is to move towards clinical studies to develop such MMP inhibitors into potential treatments for peripheral neuropathy, and we know that a similar mechanism seems to affect diabetic small fiber neuropathy as well. One future project in the lab will be to test MMP13 inhibitors in clinical trials, for which we need to do more toxicity tests initially.

Ever since her graduate days as a participant in the Woods Hole Zebrafish Development and Genetics Course, Sandra has been fascinated with this species.

What challenges did you face when starting your own lab that you didn’t expect?

The first months were very tough in terms of funding. The MDI Biological Laboratory is a very small, non-profit research institution and, similar to the Woods Hole model, our institution traditionally used to be a summer research station that used marine organisms to study regeneration and human diseases. When our current president, Kevin Strange, arrived in 2009, he decided to make a push to establish the institute as a year-round research center focused on regeneration and aging research. I was the second year-round faculty he hired and we had to apply for institutional grants at first, instead of individual ones, because our institution needed funds for further group leader recruitments. It worked for us, which was nice, and I got a subsequent grant as well, but in the beginning, there wasn’t really much money. In addition, we were in limbo since federal funding in the US was cut at the time, so we didn’t know what was going to happen to us. In hindsight, I think it’s really important to immediately start applying for your own funding, it’s one of the most critical things once you start your lab.

Did you then do much of the bench work yourself at the time, and are you still doing experiments yourself?

When I started I only had one research assistant, so I definitely did a lot of work myself. It was hard because I had to do the bench work, but also write grants, organize the lab and ideally get enough data to publish papers. Still, to this day, I do bench work; I do most of the in vivo imaging, because I really like those types of things, but I currently have a really great grad student who’s pretty good with that as well.

“I wish there were more conferences that offer childcare.”

How are the challenges that you’re facing now different?

We have generated a lot of data, so I’m trying to really focus on publishing these in the next year. I will also be moving to a tenure-track position at the Biology Department of the University of Miami in Florida. Of course, this requires me to pack up all my things, to leave people behind and to start from scratch. It’s a very nice situation, but another challenge. The nearby medical school at the University of Miami will enable us to access patients for potential future clinical trial studies that I mentioned, but we are also going to do more regeneration research – a conserved link between limb generation and nerve endings – in the lab in Miami.

How do you achieve a work–life balance when you’re trying to establish yourself as an independent investigator?

I have a seven-year-old son and a baby daughter, and when I joined MDI Biological Laboratory, my son was one year old and I was by myself because my husband found a postdoc position in Boston. In between daycare drop-off and pick-up, you have to be very organised to make the most out of the eight hours in the office. Afterwards, I enjoyed the evening with my son, but I also got up in the morning at four o’clock to start working and writing grants before he got up and that’s how my initial work–life balance was. With our baby daughter it’s a challenge again, but my husband is helping a lot. He also got a tenure-track position in the same department at the University of Miami, which is exciting, but it will bring new challenges, since we will both be very busy.

“Scientists need to be able to communicate with the public – what’s the point of doing science when the public doesn’t understand it?”

How do you get the most out of the meetings you attend, particularly in the early stages of your career?

Attending conferences was especially difficult, because, as I said, I was essentially a single parent for some time when I started my lab. I couldn’t go to any conferences because there was nobody to take care of my son, and my parents back in Germany were still working at that time. I wish there were more conferences that offer childcare. If this was offered more frequently then more women would want to go to a senior independent level in academia. I feel there aren’t that many female professors yet because it’s quite tough with kids, unless you have a family or local network to take care of them.

Do you think taking time to participate in science outreach activities should be more of a priority for scientists?

Yes, outreach is very important, especially for small research institutes like ours that also depend on donations. We have a lot of training here at MDI Biological Laboratory in communication with the general public and I previously participated in the Maine Science Outreach Festival. I have also spoken a few times at local retirement communities, who are very interested in our science. Scientists need to be able to communicate with the public – what’s the point of doing science when the public doesn’t understand it? You can start by talking to your family and explaining to them what you are doing.

Could you tell us an interesting fact about yourself that people wouldn’t know by looking at your CV?

I grew up in the former East Germany under the communist regime and I think that’s pretty rare in science. Obviously, I would have never been able to be here in the US, doing research, had the wall not come down in 1989.