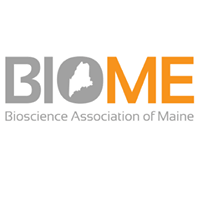 The MDI Biological Laboratory and the University of New England (UNE) are bringing Maine researchers together to discuss how they can collaborate to identify solutions to the opioid epidemic in Maine.

In a first step toward this goal, the institution will hold a panel discussion on the opioid crisis at the upcoming 46th Maine Biological and Medical Sciences Symposium (MBMSS), an annual statewide gathering at which students and scientists have the opportunity to network, collaborate, exchange ideas and share research results.

The panel discussion, entitled “The Science Behind the Opioid Crisis,” will be led by Karen L. Houseknecht, Ph.D., associate provost for research and scholarship at UNE. As a professor of pharmacology, Houseknecht leads a National Institutes of Health (NIH)-funded research program that studies the pharmacology of psychiatric medications and emerging drugs of abuse. She is part of a multi-investigator, NIH-funded project to develop safer medications for the treatment of chronic pain.

An audience discussion on the scientific resources that are being devoted to the opioid crisis will follow the panel discussion.

The panelists will be Ian D. Meng, Ph.D., and Leslie Ochs, Pharm.D., Ph.D., M.S.P.H., of UNE, and Elissa J. Chesler, Ph.D., and Vivek Kumar, Ph.D., of The Jackson Laboratory in Bar Harbor. The topics will include the roles played by genetics, pain and prescribing practices in the development of substance abuse, and the use of the mouse as a platform for addiction studies.

Maine is one of many states with federal IDeA (Institutional Development Award) funding that are prioritizing research focused on reducing the burden of opioid addiction, according to the National Institute of General Medical Sciences, which administers the IDeA program. The program was established to enhance biomedical research in the 23 states and Puerto Rico that have historically had low success rates for grant funding.

Many of the IDeA states include rural regions that have been hard hit by the opioid crisis.

“The National Institutes of Health encourages those who receive IDeA funding to share research results widely across institutions and states,” said Jane E. Disney, Ph.D., director of education at the MDI Biological Laboratory. “Including this session on opioid research in our annual symposium is an example of our commitment to increasing knowledge about this important topic in Maine.”

The panel discussion is expected to serve as a platform for a future symposium on the science behind the opioid crisis, she added.

“We know we have the scientific resources here in Maine to make real progress in addressing the opioid crisis,” Houseknecht said. “Our goal is to bring researchers and health care professionals from across the state together to build collaborative partnerships to address the multi-faceted problem of substance abuse in an inter-disciplinary, intra-professional way.”

Approximately 200 people are registered for the April 26-27 symposium, which was established in 1975 as a forum for scientists from a range of biological and biomedical sciences disciplines. Traditionally, it has also focused on supporting student research at the undergraduate and graduate levels and growing Maine’s research capacity.