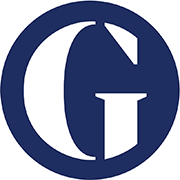 *Scientists identify pathways that extend lifespan by 500 per cent
*Discover mechanisms to more effective anti-ageing therapies
*Five habits can add 10 years of life by holding off major diseases
Scientists have made giant strides in the quest for immortality. They have identified synergistic cellular pathways for longevity that amplify lifespan fivefold in Caenorhabditis elegans, a nematode worm used as a model in ageing research. According to one of the scientists, the increase in lifespan would be the equivalent of a human living for 400 or 500 years.The scientists are from the MDI Biological Laboratory, in collaboration with scientists from the Buck Institute for Research on Ageing in Novato, California, United States, and Nanjing University in China.

Why are C elegans used in research? Many of the genes in the C. elegans genome have functional counterparts in humans, which makes it an extremely useful model for human diseases. C. elegans mutants provide models for many human diseases including neurological disorders, congenital heart disease and kidney disease. 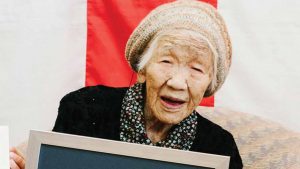 The new research published in the journal Cell Reports draws on the discovery of two major pathways governing ageing in C. elegans, which is a popular model in ageing research because it shares many of its genes with humans and because its short lifespan of only three to four weeks allows scientists to quickly assess the effects of genetic and environmental interventions to extend healthy lifespan.

President of the MDI Biological Laboratory, Dr. Hermann Haller, said: “Despite the discovery in C. elegans of cellular pathways that govern aging, it hasn’t been clear how these pathways interact.

“By helping to characterize these interactions, our scientists are paving the way for much-needed therapies to increase healthy lifespan for a rapidly aging population.”

The elucidation of the cellular mechanisms controlling the synergistic response is the subject of a recent paper in the online journal Cell Reports entitled “Translational Regulation of Non-autonomous Mitochondrial Stress Response Promotes Longevity.”

The authors include Jarod A. Rollins, Ph.D., and Aric N. Rogers, Ph.D., of the MDI Biological Laboratory.“The synergistic extension is really wild,” said Rollins, who is the lead author with Jianfeng Lan, Ph.D., of Nanjing University. “The effect isn’t one plus one equals two, it’s one plus one equals five. Our findings demonstrate that nothing in nature exists in a vacuum; in order to develop the most effective anti-aging treatments we have to look at longevity networks rather than individual pathways.”

The discovery of the synergistic interaction could lead to the use of combination therapies, each affecting a different pathway, to extend healthy human lifespan in the same way that combination therapies are used to treat cancer and Human Immuno-deficiency Virus (HIV), Pankaj Kapahi, Ph.D., of the Buck Institute, has said. Kapahi is a corresponding author of the paper with Rogers and Di Chen, Ph.D., of Nanjing University.

The synergistic interaction might also explain why scientists have been unable to identify a single gene responsible for the ability of some people to live to extraordinary old ages free of major age-related diseases until shortly before their deaths.

The paper focuses on how longevity is regulated in the mitochondria, which are the organelles in the cell responsible for energy homeostasis. Over the last decade, accumulating evidence has suggested a causative link between mitochondrial dysregulation and ageing. Rollins’ future research will focus on the further elucidation of the role of mitochondria in aging, he said.

Also, scientists have found following five health habits by the age of 50 can add more than a decade of healthy life by holding off major diseases. Harvard University discovered that people who ate a good diet, exercised, were a healthy body weight, did not smoke and did not drink too much, lived free of type 2 diabetes, cardiovascular disease, and cancer for far longer.

A woman who maintained all five habits by the age of 50 could expect to live to 84 years and four months before succumbing to any of the illnesses, compared to a woman who followed none, who would develop at least one by the age of 73 years and eight months.

Men who did not follow any of the healthy behaviours were also likely to develop one of the three conditions by 73 years and one month, but could stave off the deterioration until 81 years and six months by living well.

The study was published in the British Medical Journal (BMJ).The five tips for a healthy decade include: good diet, exercise, maintaining healthy body weight, no smoking and moderate drinking.

First author and a senior research scientist in the Department of Nutrition at Harvard T.H. Chan School of Public Health, United States, Dr. Yanping Li, said: “Previous studies have found that following a healthy lifestyle improves overall life expectancy and reduces risk of chronic diseases such as diabetes, cardiovascular disease, and cancer, but few studies have looked at the effects of lifestyle factors on life expectancy free from such diseases.

“This study provides strong evidence that following a healthy lifestyle can substantially extend the years a person lives disease-free.”In recent decades, modern medicine and scientific breakthroughs have led to a large increase in lifespan, yet it has not always been replicated in health span – the amount of healthy life that a person lives before the rigours of old age catch up.

To find out how healthy habits affected health span, researchers looked at data from two longitudinal studies involving more than 110,000 people dating back up to 34 years.

Healthy diet was defined as a high score on the Alternate Healthy Eating Index, regular exercise as at least 30 minutes per day of moderate activity, healthy weight as a Body Mass Index (BMI) of 18.5-24.9 kg/m2; and moderate alcohol intake as up to one 175ml glass of wine per day for women and up to two for men.

In 2018, Harvard found that men and women who adhered to all five healthy habits saw their life expectancy at 50 rise from 26 to 38 years and 29 to 43 years respectively, or an extra 12 years for men and 14 for women. But the new study is the first to show that the majority of that extra time will be spent in good health.

Men who smoked 15 or more cigarettes a day or obese men and women with a BMI of 30 or over, had the lowest proportion of disease-free life.

“Given the high cost of chronic disease treatment, public policies to promote a healthy lifestyle by improving food and physical environments would help to reduce health care costs and improve quality of life,” said senior author and Professor of Nutrition Dr. Frank Hu.