HomeNewsIn The MediaAcademics Back Authorship Statements to Stamp Out ‘Abuse’ 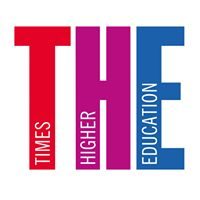 Three-quarters of researchers believe that authors should be required to declare exactly what they contributed to published journal articles in a bid to boost transparency and stamp out authorship “abuse”, according to a Times Higher Education poll.

The survey of more than 350 research staff looked at the ethics of authorship, which is a fraught issue in universities as research papers become more important to academics’ career advancement.

Although some respondents disagreed over how useful or accurate authorship statements might be, many pointed to the need for more transparency and accountability about who had contributed what to a piece of work. In total, 77 per cent of respondents supported the introduction of such statements. 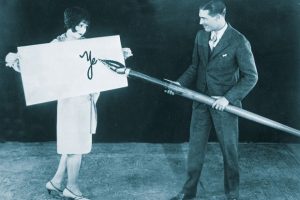 Source: Getty
Credit where it is due: ‘authorship is a highly sought-after commodity – it is what defines people’s academic careers’

There has been an increasing focus on the transparency of authorship over the past decade. Some journals, including Nature, ask authors to spell out exactly what contribution they have made to a piece of work; other bodies, such as the International Committee of Medical Journal Editors, have drafted guidelines to help illustrate who merits an author credit.

These measures have been designed to stop abuses of power that can result in more senior researchers taking credit for work conducted by their juniors, as well as the practice of people “gifting” a namecheck to someone who can add gravitas to a paper that might otherwise gain scant attention.

Kevin Strange, president of the MDI Biological Laboratory, an independent US research institution in Maine, said: “There [are people] putting names on papers for a whole variety of reasons, and they do not necessarily have anything to do with intellectual contributions to the work.”

He added: “[Authorship] is a highly sought-after commodity – it is what defines people’s academic careers.”

The online survey revealed that nearly two-thirds of respondents (65 per cent) have felt slighted by someone more senior over an author credit. A third admitted to having been offered a credit when they did not deserve it, but only about half these people said that they had accepted it.

Just 21 per cent of the respondents thought that a principal investigator’s name deserved to be on all papers that come out of their laboratory. And an overwhelming 96 per cent of respondents believed that research assistants should be eligible for authorship.

Professor Strange said that requiring authors to state what they had contributed to a paper was a “great idea”. “It holds people accountable, it puts things in writing; and that, hopefully, will reduce the instances of authorship abuse,” he said.
An increasing number of journals were asking for such statements, Professor Strange added.

The order in which a paper’s authors are listed can carry great significance in some subjects, such as the life sciences, where the researcher named first is supposed to be the one who has contributed the most to the work.

When asked what they thought would be the ideal convention for listing contributors, an overwhelming 83 per cent said that names should be ranked in terms of a person’s direct involvement in the research, with the primary position recognising the most significantly involved.