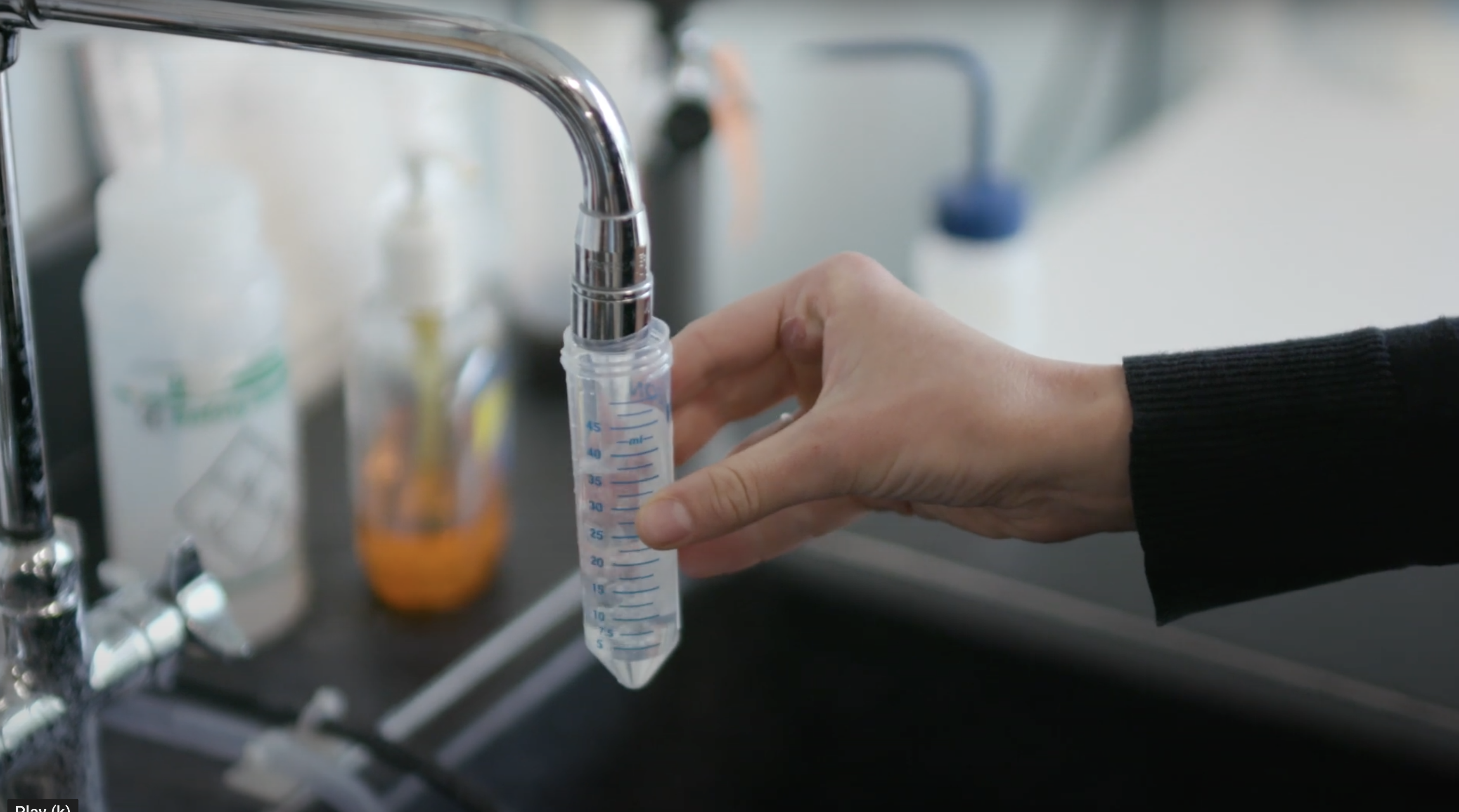 Two seniors advocate for a measure to help rural Mainers detect and take care of high arsenic levels in their well water.

Two Westbrook High School seniors went above and beyond for an environmental science class project and winded up taking their research to the state Senate.

Keegan Pohan and Ryan Ball’s project focused on arsenic levels in drinking water, especially in rural Maine. They got so caught up in their work that they continued with it after the project was graded and the class ended, with Ball receiving an A and Pohan doing it merely for extra credit, working on another project of her own on top of that.

On Feb. 2, the project partners testified before the state Senate in favor of a bill that would provide funding for arsenic testing and cleanup in wells around the state. The Senate unanimously passed the bill, though it still has to get funded in the appropriations committee. Ball focused on the politics and legal aspects of the issue, while Pohan dealt with the humanitarian side, especially how their data showed that poorer, rural Mainers, those who cannot afford to test their own wells, are impacted the most.

Arsenic in water, they said, is tied to a number of health issues ranging from nausea and stomach pain to nerve damage and permanent drops in IQ levels, along with links to cancer and other diseases.

The issue isn’t a concern in Westbrook, which uses citytreated water from Sebago Lake, but Pohan and Ball felt it was important to address in a rural state like Maine.

While northern Maine has more wells for drinking water, it also has fewer funds to test the water and to address any problems the testing might find, they said.

Ten micrograms of arsenic per liter of water is considered dangerous, she said. Some wells in the state show over 1,000 micrograms per liter, and the likelihood of untested wells having high arsenic is great.

“That concentration of arsenic in some wells is a serious public health issue, not something the state can simply expect people to deal with themselves,” Pohan said in her testimony.

According to their research, using data from the MDI Biological Laboratory, the water in 1 in 10 wells in the state contains too much arsenic, not including the number of untested wells.

“It’s not a super well-known problem,” Phan said. “Areas with less wells, like (southern Maine) have more testing, while places with more well usage have less testing. So people really didn’t know about this issue.”

In his testimony to the Senate, Ball emphasized that “70,000 Mainers live below the federal poverty level.”

“This problem will not dissipate without the passage of bills like LD 1891,” he said.

Not only did the bill pass after the students’ testimony, but its proposed funding went from $500,000 to $1,000,000 during a work session, passed unanimously.

Nonprofit Defend Our Health, which worked with the students on the testimony, told them in an email that they believe the pair was the inspiration behind the increase in funding, an amendment to the bill proposed by Sen. Chelsea Guerin, R-Penobscot.

Testifying at the Senate hearing via Zoom was nerve-wracking, Pohan and Ball said, even though they had spent a year researching and analyzing their data.

“I felt calm until it happened, then I got super nervous, though being with Keegan helped,” Ball said.

They practiced their testimonies with each other before the hearing, Ball said, and he ended up having a great experience. He hopes to go into politics in the future.

“I have a passion for environmental law,” he said.

Pohan, a self-described introvert, said she was nervous, too, “but after I felt really accomplished.”

She’s unsure of what she’ll focus on in college because she’s interested in a number of areas, but noted that she found focusing on the human side of a scientific issue to be very rewarding.