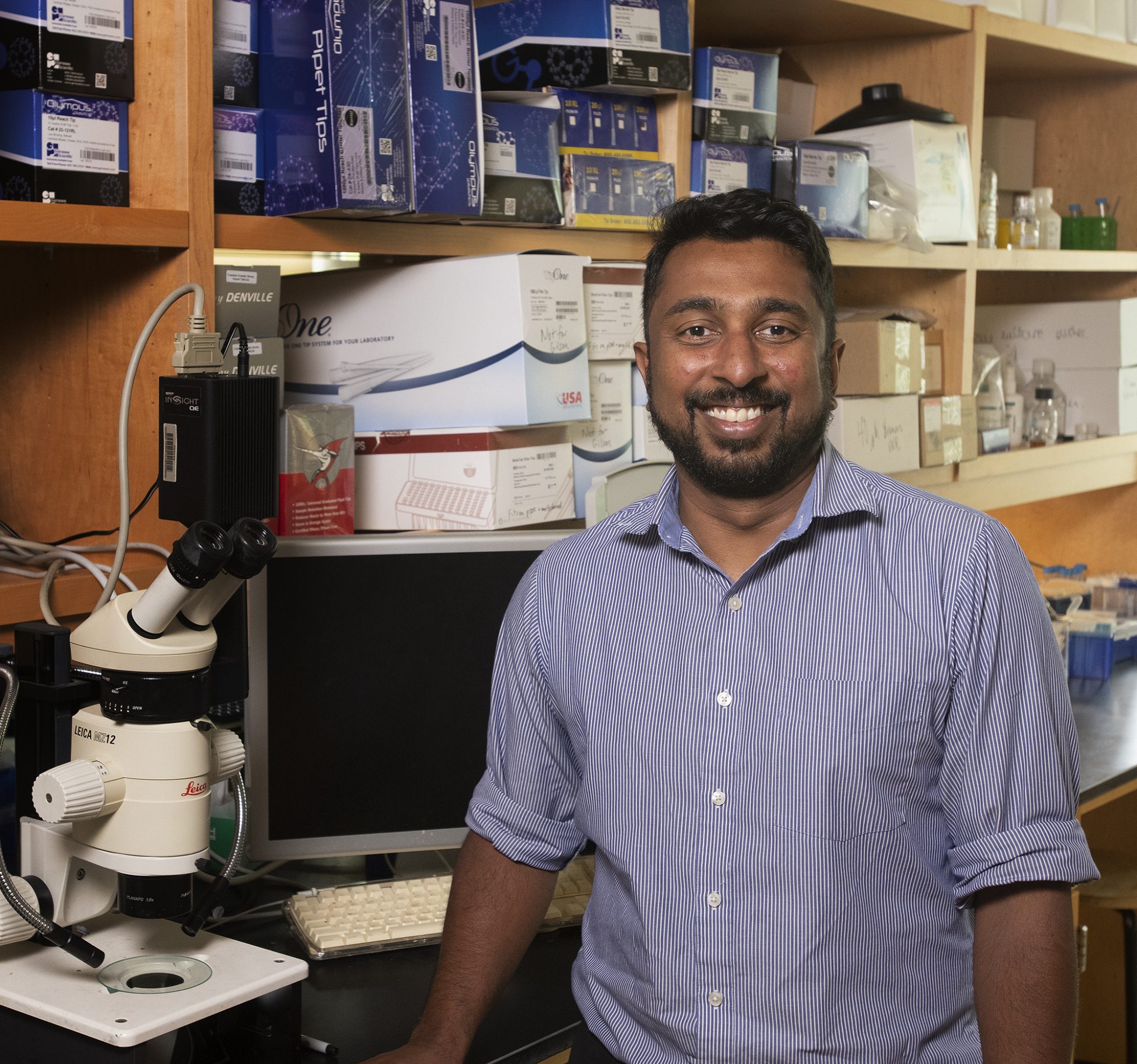 For several years, molecular biologist Nishad Jayasundara has wondered why so many people, particularly in the dry zone of Sri Lanka, develop chronic kidney disease. While this disease affects about 15 percent of the global population, it generally occurs in people with known risk factors — diabetes and high blood pressure — but those factors for the most part are not present in people in Sri Lanka.

Rather, as some recent epidemiological studies have found, the Sri Lankans, like some in Mesoamerican countries such as Guatemala, live in farming communities. “The culprit,” said Jayasundara, “is heat stress, dehydration and chemicals used in agriculture. While some emerging data indicate this is also a problem in some parts of the United States, it is more difficult to collect data over a two- to three-year period on migrant workers than on those living in farming communities in Sri Lanka or Guatemala.”

Because emerging research suggests that children in these communities are exhibiting signs of declining kidney function, Jayasundara has hypothesized that the effect of exposure to some of the risk factors may impact prenatal or early childhood development.

In an effort to determine precisely what these risk factors are, Jayasundara, while on the faculty of the University of Maine, Orono, reached out to Iain Drummond, the scientific director at the MDI Biological Laboratory (MDIBL) and a world expert on kidney development in fish. Drummond has developed tools and protocols to assess kidney development following injury in embryonic zebra fish.

Since the zebra fish closely resembles mammals, these fish are used to study regeneration and diseases, including chronic kidney disease. Jayasundara and Drummond began to study the effects of chemicals and other factors such as heat stress in zebra-fish eggs, which are fertilized and develop outside of the embryo in just 48 hours following fertilization.

“Working with Nishad allows me to extend my work in a direction that I had not taken. It’s very gratifying to work on something that directly addresses a global health problem,” said Drummond. “Trying to determine what is going wrong in less-than-ideal conditions is a good extension of fundamental biology.”

In addition to collecting drinking water samples from Sri Lanka for studies in his laboratory, Jayasundara has also trained researchers in Sri Lanka to collect and conduct exposure studies at local universities. Some studies suggest that community members might be adversely impacted by chemicals in the drinking water even when they are exposed to levels considered safe.

While at Orono, it was relatively easy for Jayasundara to take the water samples he collected in Sri Lanka down to Drummond’s lab. Now at the Nicholas School of the Environment at Duke University, Jayasundara spent six weeks this past summer working alongside Drummond—a practice he hopes to continue each summer.

The collaboration, which both Drummond and Jayasundara describe as synergistic, reflects MDIBL’s new model for summer investigators. Rather than working on individual projects, the summer researchers join one of MDIBL’s established lab. The scientists work together on the experiments and write papers and grants. And perhaps even more importantly, the collaboration continues year-round. Jayasundara left Mount Desert Island with a chest of frozen zebra-fish embryos. Last year, the two, along with others who work in both their labs, published a peer-reviewed paper on the effects of metal-herbicide mixtures and their implication for chronic kidney disease.

While an undergraduate at College of the Atlantic and following graduation, Jayasundara worked at MDIBL before going to Stanford where he received his doctorate.