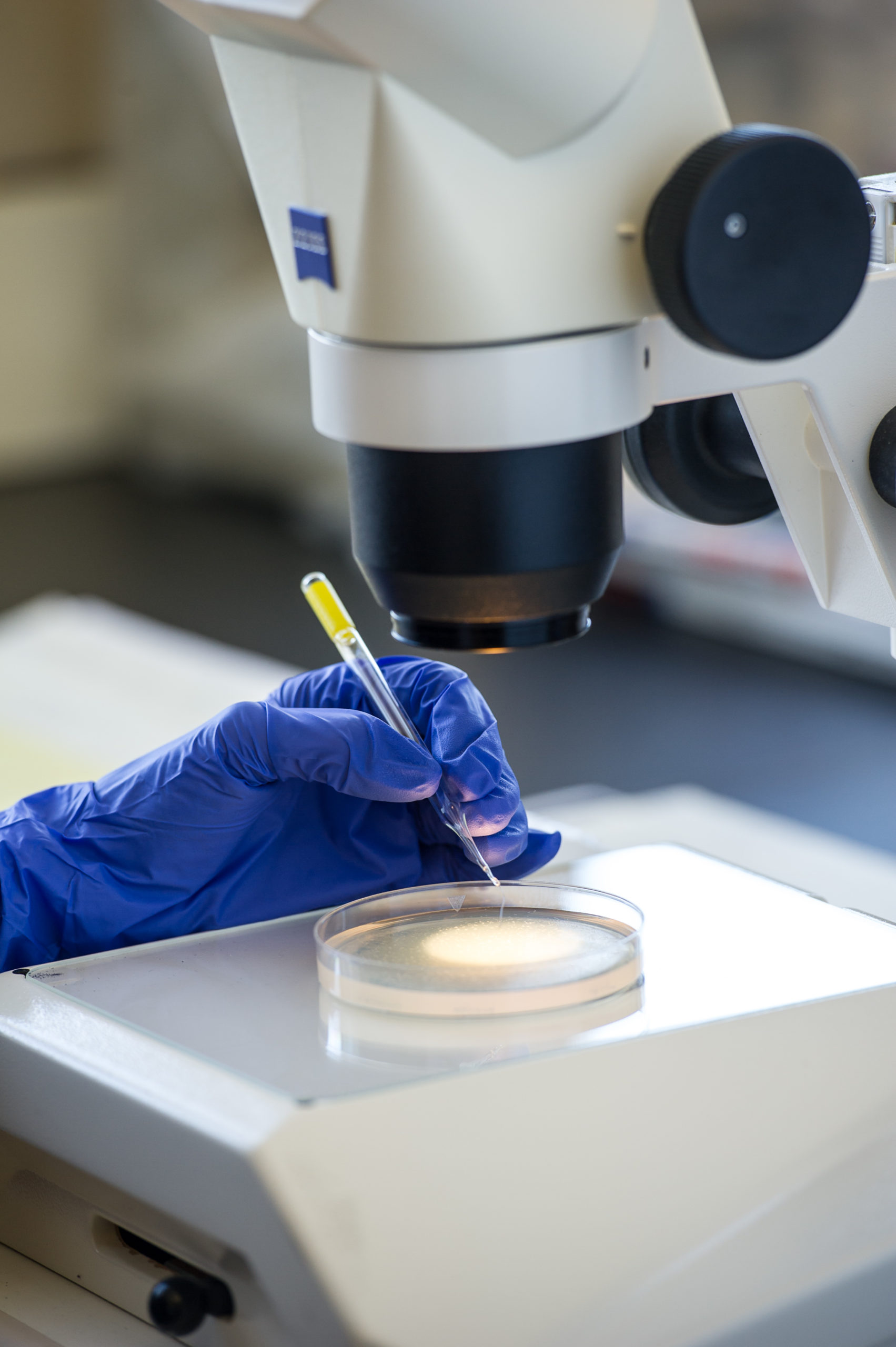 Aric N. Rogers, Ph.D., discovers that muscle may be a protected tissue under conditions of dietary restriction (DR).

In new research, Aric N. Rogers, Ph.D., who studies the cellular and molecular mechanisms of aging at the MDI Biological Laboratory in Bar Harbor, has discovered that muscle may be a protected tissue under conditions of dietary restriction (DR).
According to a press release from the lab, dietary restriction, in which calories are restricted without malnutrition, is one of the most robust anti-aging interventions. When confronted with a scarcity of nutrients, an organism conserves resources by lowering the production of proteins, which is one of the most energetically expensive processes in the cell. Proteins serve as the building blocks for tissues and organs and perform vital physiological functions.

The conservation of cellular resources through reduced protein translation confers an evolutionary benefit by allowing the organism to survive so that it can reproduce when food becomes plentiful. But it comes at the cost of a reduction in growth and reproduction.

The role of foraging

Rogers theorizes that muscle may be protected under conditions of nutrient scarcity to support the ability of an organism to forage for food.

“The usual tradeoff with reduced protein synthesis is increased longevity for decreased growth and reproductive capacity,” Roger said. “But in muscle tissue, we saw the opposite, which is not what we expected. We found that muscle tissue is privileged under conditions that are usually unfavorable for growth and reproduction – that its potential for growth is protected even when nutrients are scarce.”

The results suggest that it may be possible to develop anti-aging drugs that prolong lifespan without the loss of muscle tissue. They also offer insight into the mechanisms underlying the longevity-promoting benefits of exercise and, conversely, the drawbacks of being the animal model equivalent of a couch potato.

Rogers theorizes that muscle activity in the form of exercise could send a signal to the cell that foraging activity is high – in other words, that nutrients are scarce. Such a signal would launch a systemic lifespan-enhancing survival and maintenance program that would suppress growth and reproduction in most tissues, but preserve it in muscle tissue, in which growth would still be required for purposes of food-seeking.

The systemic deactivation of the growth and reproductive program in response to a high level of muscular activity, he said, could explain a condition called athletic amenorrhea in which menstruation ceases in women who exercise excessively, Rogers said.

Conversely, he theorizes, inactivity in muscle tissue, which is essential for the procurement of food, could be perceived by the cell as a lack of foraging activity. When coupled with an ample food supply, this perception could cue the reproductive system that nutrients in the environment are plentiful – the couch potato scenario – and that conditions are therefore optimal for growth and reproduction.

“We believe muscle may send a hormone-like signal that is dependent on contraction for production and release,” he explained. “If an organism isn’t using its muscles, this signal may inform the reproductive system that foraging activity is low – in other words, that food is plentiful – and, therefore, that conditions are optimal for making the next generation, thus redirecting cellular resources toward growth and reproduction.”

Over the past decade, significant research has focused on the anti-aging potential of a drug called rapamycin, which is considered a DR “mimetic” because of its ability to suppress protein translation. Like DR, rapamycin has been shown to extend healthy lifespan in yeast, worms and flies, and to prevent or delay the onset of age-related degenerative diseases in mice, which are mammals like humans.

With rapamycin and other DR mimetics now under intensive study as potential anti-aging therapies, Rogers believes his discovery of the tissue-dependent nature of the suppression of protein translation may point the way to drugs that extend lifespan without the loss of anabolism, or the ability to replace tissues that occurs when protein synthesis is turned down, in muscle, thus “extending lifespan without trade-offs.”

One potential application may be for the treatment of sarcopenia, a potentially debilitating age-related loss of skeletal muscle that affects up to 13 percent of people in their 60s and as many as half of those in their 80s. Because muscle may be spared from the effects of the suppression of protein translation, Rogers envisions anti-aging therapeutics that promote longevity while protecting muscle from atrophying.