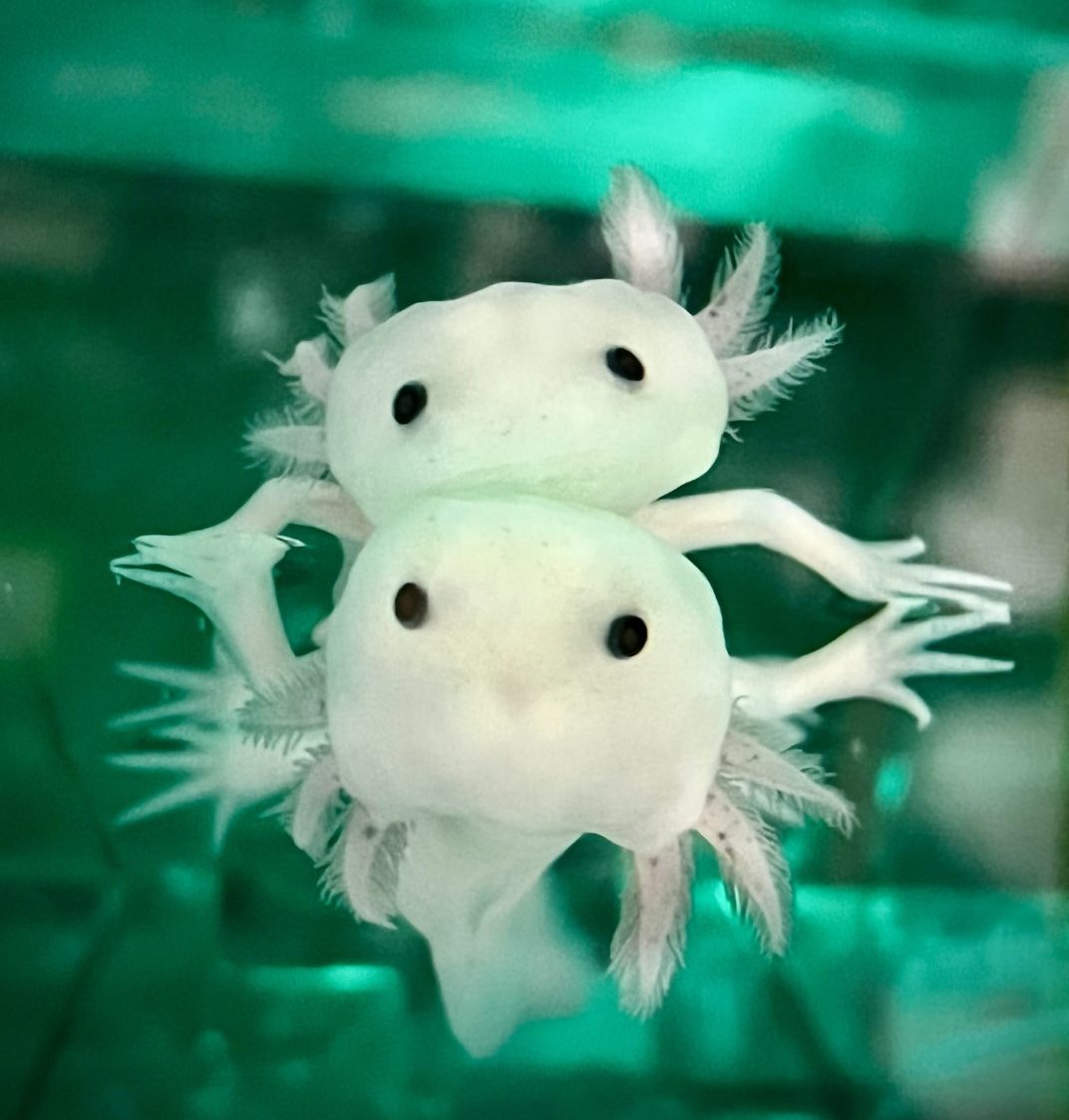 While it’s still in the realm of science fiction today, advanced tissue and limb regeneration might be our future thanks to the foundation being laid by scientists like assistant professor James Godwin of Mount Desert Island Biological Laboratory in Maine.

One day, humans might be able to regrow body parts, regenerate tissue damaged due to disease, and even sprout missing limbs.

While it’s still in the realm of science fiction today, advanced tissue and limb regeneration might be our future thanks to the foundation being laid by scientists like assistant professor James Godwin of Mount Desert Island Biological Laboratory in Maine.

Godwin is studying a Mexican salamander called Ambystoma mexicanum, or axolotl — a name given to it by the Aztecs.

The name comes from the Aztec god Xolotl.

Though it’s considered an endangered species in the wild, large numbers of axolotls are bred in captivity and used for research.

It’s considered a model organism — a species that is extensively studied to understand specific biological phenomena in the hope that discoveries will provide insight into the biology of other organisms, including humans.

What’s special about the axolotl is that it can regrow its heart, lungs, ovaries, skin, limbs, tail, spinal cord, and even brain.

And thanks to the fact that we humans share a long-ago common ancestor with the axolotl, we might have a similar regenerative capacity hardwired into our genetic code.

The fact that human infants can regenerate heart tissue and children can regrow fingertips is a strong indication that adult humans could have the capacity for regeneration in their genetic code.

Godwin has made some significant discoveries.

Initially, he induced artificial heart attacks in the salamanders – the axolotl normally does not form scar tissue, and the animals regenerated the damaged heart.

Regeneration is blocked in humans primarily because scar tissue is formed after an injury.

One possible solution would be to administer drugs that impart the ability to regenerate tissues and even organs and stop scars from forming.

Godwin, who is an immunologist, came up with a key insight – a hunch that macrophages, or white blood cells that are part of the immune system, might play an important role in regeneration.

He took macrophages out of the equation to see what would happen. When he depleted macrophages, scar tissue formed in the axolotl heart, and there was no regeneration.

Godwin showed that macrophages are necessary to prevent scar formation and enable regeneration in the axolotl.

A March 2021 research paper published by Godwin and four other scientists shows that certain similarities in immune responses between mammals and axolotls could ultimately lead to enhanced tissue repair in humans.

It was fortuitous that Godwin, an immunologist, chose to study regeneration, as the immune system plays an important role.

James Godwin’s most recent research, published in September 2021, discusses how he identified the axolotl liver as the primary reservoir for the recruitment of pro-regenerative macrophages, the white blood cells that are required for salamander limb regeneration.

According to Godwin, many people could be helped if his research succeeds in spawning regenerative drugs that suppress scar formation.

“Our research shows that humans may have untapped potential for regeneration,” he said in an announcement.

“If we can solve the problem of scar formation, we may be able to unlock our latent regenerative potential. Axolotls don’t scar, which is what allows regeneration to take place,” said Godwin.

We’re getting closer to understanding how axolotl macrophages are primed for regeneration, which will bring us closer to being able to pull the levers of regeneration in humans, said Godwin in a phys.org article.

“For instance, I envision being able to use a topical hydrogel at the site of a wound that is laced with a modulator that changes the behavior of human macrophages to be more like those of the axolotl,” he said.

One day, humanity might thank people like James Godwin and our distant four-legged amphibian relative, the humble axolotl, for the gift of regeneration.

For more information about this fascinating research, please refer to the article recently published by Godwin’s research group and to this online publication by Mount Desert Island Biological Laboratory.