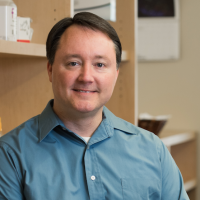 Path-breaking Discovery to Slow Down Ageing Process in Future

Researchers at the MDI Biological Laboratory, with collaboration with a group of scientists from the Buck Institute for Research on Ageing in Novato, California and Nanjing University in China have noticed some synergistic cellular pathways that can implement longevity in living beings. These pathways can ensure simplified lifespan.

To prove the fact, an experiment was conducted on the models of C.elegans, a nematode worm. The lifespan increase would be as good as living for almost 400 to 500 years.

The research draws on the discovery of two major pathways governing ageing in C. elegans, which is a popular model in ageing research because it shares many of its genes with humans and because it’s short lifespan of only three to four weeks allows scientists to quickly assess the effects of genetic and environmental interventions to extend healthy lifespan.

“Despite the discovery in C. elegans of cellular pathways that govern ageing, it hasn’t been clear how these pathways interact,” said Hermann Haller, M.D., president of the MDI Biological Laboratory.

“By helping to characterize these interactions, our scientists are paving the way for much-needed therapies to increase healthy lifespan for a rapidly ageing population,” he added.

“The synergistic extension is really wild,” said Rollins, who is the lead author with Jianfeng Lan, Ph.D., of Nanjing University. “The effect isn’t one plus one equals two, it’s one plus one equals five. Our findings demonstrate that nothing in nature exists in a vacuum; in order to develop the most effective anti-ageing treatments we have to look at longevity networks rather than individual pathways.”

The paper focuses on how longevity is regulated in the mitochondria, which are the organelles in the cell responsible for energy homeostasis. Over the last decade, accumulating evidence has suggested a causative link between mitochondrial non-regulation and ageing. Rollins’ future research will focus on the further elucidation of the role of mitochondria in ageing, he concluded.