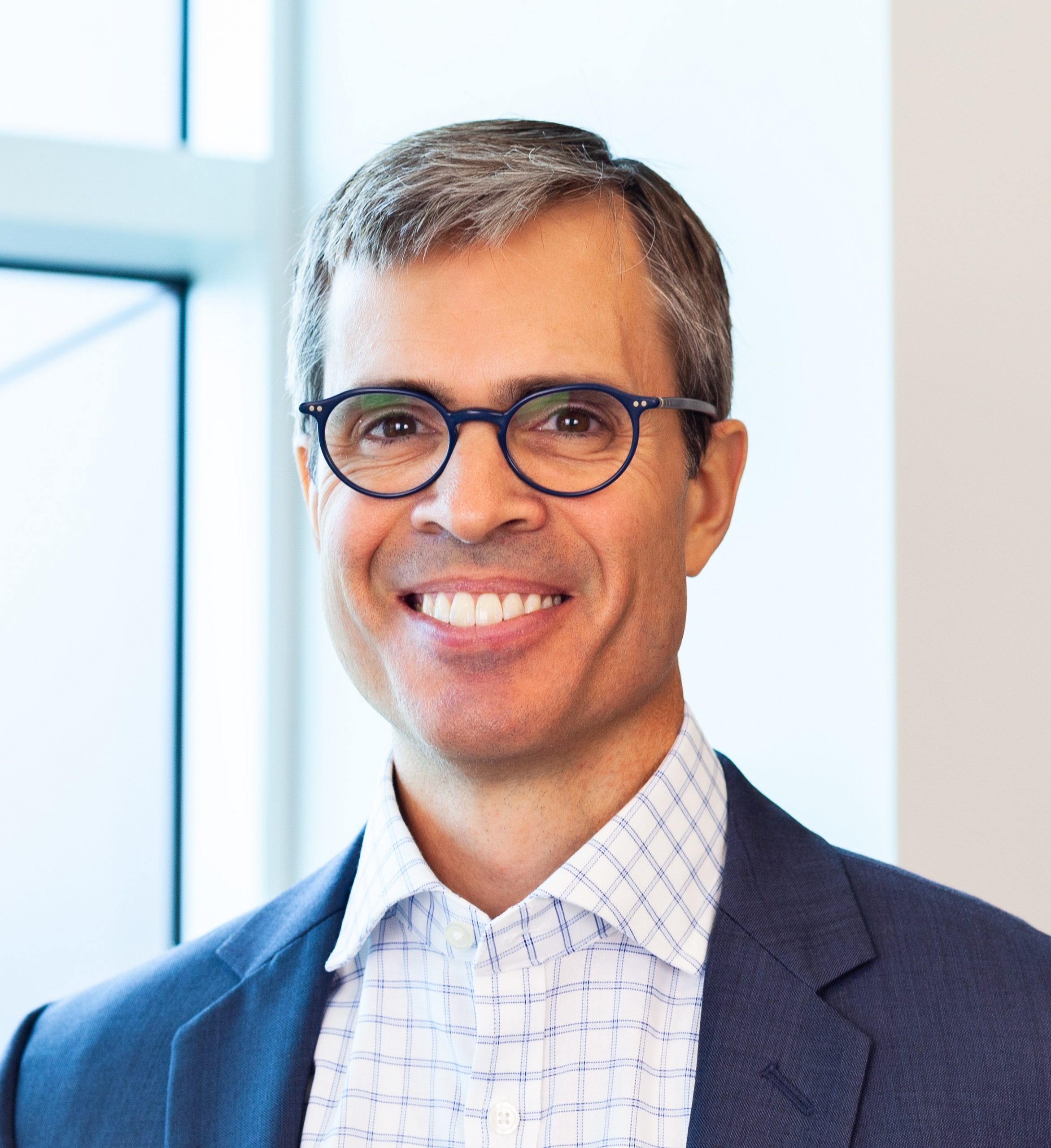 A Plan to Reduce Mammal Use in Drug Development

Mount Desert Island Biological Laboratory, a non-profit research institute in Maine, is funding a new initiative to increase the use of nonmammalian models in early drug development. The initiative, dubbed MDI Bioscience, aims to turn to species like zebrafish (Danio rerio), C. elegans, axolotls (Ambystoma mexicanum), and African turquoise killifish (Nothobranchius furzeri) to evaluate potential therapeutic compounds at scale before they’re tested in mammals or enter human clinical trials, potentially hastening and honing the decision-making process in early drug discovery and reducing the reliance on mammals such as mice.

MDI Bioscience hopes to evaluate drugs before money is spent on costly mammal research, to speed the drug development process, and reduce the number of mammals, and animals in general, used in scientific research. Jim Strickland, the director of MDI Bioscience, says that these goals are aligned the general research practice to reduce, replace, and refine (three R’s) animals in research. The three R’s seek to address the potential ethical issues involved in animal research, which become heightened in higher order animals like rodents and primates.

The Scientist spoke to Strickland about the program and its goals.

The Scientist: Can you take me through MDI Biological Laboratory’s main goals in launching this initiative?

Jim Strickland: We wanted to enable more efficient discovery of new drugs and new pharmaceutical compounds by using nonmammalian species such as zebrafish, C. elegans, axolotls, in order to help pharmaceutical companies better characterize early-stage molecules, and be able to quickly select those molecules with the greatest promise before more significant investment is made in mammal studies and other regulatory based activities that we know take quite a bit of time and expense to complete in preparation for human clinical studies.

TS: How is MDI Biological Laboratories planning to carry out this nonmammalian research initiative? Will a certain percentage of your current research efforts transition to nonmammalian studies or is this a totally new effort?

JS: We’re building this organization from the ground up with an eye toward the future. We’ll have a state-of-the-art facility to work from and to run these studies from, with the goal that eventually, as these models become regulatory models, we’ll be able to quickly transition to a full GLP [good laboratory practices] lab . . . [which are] the requirements that govern whether or not data can be accepted by the FDA for regulatory decisions.

Certainly, to start out and as we grow, we want to leverage the incredible expertise that already exists in the lab . . .  The faculty in the lab . . . will stay true to their basic science objectives, but when their expertise is additive to answering key questions for drug discovery, they’ll be consulted, and lab staff will also participate in work initially as we grow.

TS: What nonmammalian models are you planning to use and why?

JS: Our primary model at this point is using zebrafish, which are well known as being excellent models for replicating both human physiology, human genetics, and human disease. Zebrafish share over eighty percent homology with human disease-causing genes. They provide excellent comparability to humans in terms of their genetic composition. And that makes them very attractive models for early-stage drug discovery. But additionally, C. elegans . . . also provide a novel model for high throughput assays for evaluating toxicity in early-stage drug development. In the future, we’re working with two novel nonmammalian models, the axolotl, which has incredible potential to help teach us a lot about how tissue is regenerated. And then also, in a similar light, the African turquoise killifish also has some really unique properties that are specific to tissue regeneration that make it really interesting in terms of evaluating these mechanisms and potential ways of rescuing function.

JS: There are a number of benefits to the nonmammalian models. For one, they can be easily imaged—zebrafish embryos are transparent. They work well with microscopy, and that lends the model to high-throughput screening because you can generate a large number of embryos and test multiple different compounds at the same time or at different concentrations. That gives you a really robust early assessment of a compound library to see if you’re seeing a desired effect or undesirable toxicity. Then, compared to mammalian species, they’re very cheap to work with. The cost of mammalian research keeps going up and the use of zebrafish and other models is cost and time-efficient compared to mammalian species. . . Lastly, there’s tremendous similarity between humans and zebrafish on a structural and a cellular level. If you were to take a slice of a kidney from a human and take a slice of a human or a kidney from zebrafish, if you looked at them under a microscope, they’re almost indistinguishable.

JS: Yes. Zebrafish in particular are becoming more widely used in early phase drug discovery. We’re not the only lab that’s focused on zebrafish for early-stage work. There’s really a growing consensus that these models can help reduce the use of mammals in the future.

But from a regulatory perspective, we’re not there yet. The ability to substitute nonmammalian models for mammal models and support . . . an application for human clinical studies . . . isn’t currently something that is achievable. However, I think there’s a growing amount of data . . . that shows that translation from zebrafish to mammals and ultimately to humans.

TS: What would be the process of testing a drug or a compound in nonmammalian species? How would it differ from current preclinical studies?

JS: Most [studies on drugs that make it to human clinical trials], and those in mice, or rats or dogs follow very specific guidelines set up by the ICH [International Council for Harmonisation of Technical Requirements for Pharmaceuticals for Human Use]. There’s a very prescribed pathway for using mice, rats, and dogs. That’s a different focus than what we’re working on with zebrafish and C. elegans. What we’re looking to do is to create genetic models where we can use CRISPR-Cas9 gene editing to essentially replicate the genetic condition that a drug might be trying to target. The important thing is that at this point in development, which is well before you would be contemplating the toxicology studies for initiation of human clinical studies, we’re able to create those disease models, and also then allow for new drugs to essentially confirm whether or not, based on the disease pathophysiology, they’re actually able to restore function . . . well before they get to regulatory studies.

Most drug discovery work is focused on single-cell systems. Cell analysis is still the predominant mechanism for determining whether or not there’s an efficacy signal for a compound. Bringing whole systems biology into drug development brings the ability to ask if there are any downstream toxicology effects beyond the single cell that would involve any other organ systems, or see if there are undesirable secondary effects on a nontarget organ that need to be considered and may ultimately present a problem in later development. From that perspective, it gives you the ability to accelerate the use of whole systems biology earlier in drug development . . . as opposed to waiting to later phases to introduce mammal species.

TS: What impacts do you expect increasing the use of nonmammalian models, particularly these high-throughput genetic models, will have on drug development?

JS: Our hope is that we can help pharmaceutical companies become more efficient in finding those diamonds in the rough—the molecules that have great potential to influence human disease and suffering—and that using these technologies will drive some of the costs out of development by helping identify those compounds that should move forward, those compounds that should move forward earlier in development, before significant costs are incurred. Ultimately, if we can make drug discovery more efficient, then that translates into reducing costs of drugs, and drug development overall. But the significant costs associated with drug development, which have been estimated at 2.5 billion [US dollars], are tough to reckon with as long as only one in five thousand drugs make it to market.

TS: The translatability from mice to humans in drug development is low. Would using more nonmammalian models in early drug development could help alleviate this low translational success rate?

JS: I think it’s too early to know whether these models are ultimately going to be more predictive than the mammalian models. But certainly, there’s always going to be a need to evaluate novel compounds in other species before they move into and to humans.

JS: These are great models to investigate efficacy at the molecular level, but they’re also great models for investigating rescue of a phenotype. Phenotype drug discovery is certainly a very hot topic because it’s been shown by some studies to have a higher success rate, and actually finding drugs that are successful and make it to market. Many of these models have excellent phenotypes of disease that enable phenotype-based drug discovery approach. There are strong phenotypes that can be used along with these models that make them attractive.

TS: Can you give me an example of what those phenotypes are?

JS: For example, we can use indicator species [and] fluorescent biosensors. If there’s an upregulation of a particular biomarker, the fish or the embryo will actually light up in the presence of those biomarkers. Simple things, like retinal circulation in the eye, arrhythmias of the heart, or glomerular function in the kidney. Even velocity of movement can be good phenotypes for specific diseases.

TS: What do you hope to accomplish with this initiative in the next few years and what are your metrics for success?

JS: In the short term, the goal is to provide a really reliable service to pharmaceutical companies that helps to answer either key questions around mechanisms of disease that then provide good feedback on what a desired target would be, or actually replicating models and disease so that if there’s a particular target that they’re going after, we have the right tool to help them evaluate compounds and their efficacy and toxicity early on. The longer-term goal is to then take it to the next level and work with regulators in the US and Europe to have these models accepted and to be able to use them. I don’t think they’ll ever supplant the use of mammals, but they will certainly be good alternative models in cases where they have a really predictive effect.