How chronic stress undermines the immune system: a new piece in the puzzle 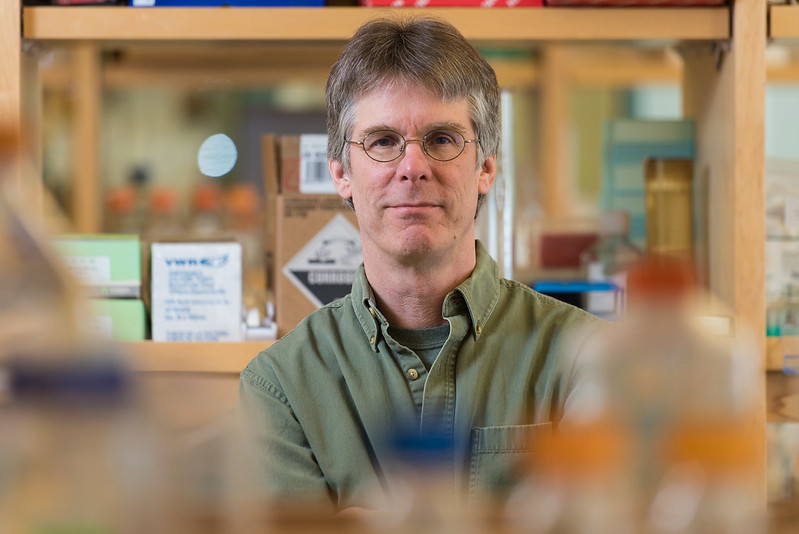 Psychosocial stress can be toxic, as occurs with long-term abuse or extreme trauma, or when you are “stressed out” from struggling to cope with chronically adverse circumstances. Such stress, which is increasingly endemic to many communities and is currently being exacerbated by the COVID-19 pandemic, has been shown to contribute to a wide array of physical and mental health problems as well as degenerative age-related diseases such as diabetes, cancer, cardiovascular disease, Alzheimer’s, rheumatoid arthritis and other autoimmune diseases. A particularly disturbing observation is that even if exposure to the stress is confined to the earliest stages of life (including fetal life in utero when the pregnant mother is chronically stressed) it can have unhealthy effects that persist long after the exposure, into adulthood and sometimes even subsequent generations. While we still don’t fully understand how toxic stress compromises health, it generally involves chronic inflammation and increased vulnerability to infectious disease, indicating that the stress undermines the immune system.

The physiological response to stress is regulated by cortisol, a steroid secreted into the bloodstream by the adrenal gland in response to signals from the central nervous system. Cortisol elicits cellular responses throughout the body by binding and activating an intracellular protein known as the glucocorticoid receptor (GR). Upon activation by cortisol, the GR enters the cell nucleus to direct gene activity toward stress mitigation. A key aspect of cortisol secretion by the adrenal gland, and hence GR activity within cells, is that it is normally (and optimally) transient, being turned on as needed to restore homeostasis following a stressful experience, and then off when that job is done. Multiple levels of regulation enforce this transience, but that regulation is compromised by chronic stress, which causes cortisol levels to become chronically elevated.

Many of the genes regulated by the GR are involved in immunity and inflammation. This makes sense because the immune system responds to stressors such as injury or infection. Transience of response is also a critical aspect of optimal immune system function: the system responds to injury or infection by activating proinflammatory genes and white blood cell types needed to heal the injury or fight the infection, which are then turned off after the job is done. This is important because prolonged or chronic inflammation damages tissues and causes inflammatory disease. A major function of cortisol is to signal the immune system to stand down after mounting an inflammatory response, which is why synthetic glucocorticoids (analogs of cortisol) such as dexamethasone and prednisone are widely used in medicine as anti-inflammatory drugs. 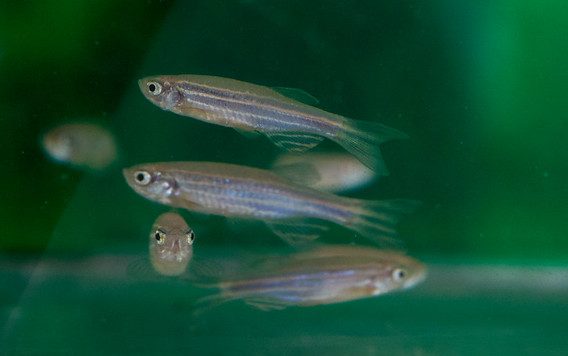 In our lab we use zebrafish as an experimental model to investigate how chronic cortisol exposure in early life, such as a developing fetus might experience in utero when the pregnant mother is chronically stressed, produces persistent effects that undermine health later in life. Cortisol functions as a stress hormone in fish just as it does in humans. In initial work we found that zebrafish larvae treated with cortisol for just the first five days of life (prior to the onset of feeding) have increased pro-inflammatory gene activity and develop into adults that fail to regulate those same genes normally following injury or in response to immunological challenge. Those studies established that zebrafish can be used as an experimental model to elucidate the mechanisms by which early life stress compromises later life immune system function. Using zebrafish mutants that we generated using CRISPR, in a study just published in Scientific Reports we discovered that the increased proinflammatory gene activity observed in cortisol-treated embryos depends on both the GR and klf9, a gene that is activated by the GR. Like the GR, Klf9 is a transcription factor, i.e. a protein that functions to turn other genes on or off. While Klf9 is known to function in multiple stress-response pathways, its role in cortisol-activated GR signaling and immune gene regulation is largely unknown, a knowledge gap that we are now working to fill.

If cortisol normally works to suppress inflammation, why does proinflammatory gene activity increase in cortisol-treated embryos? Our study also provided a clue to answering that question. We found that while most of the effects of the cortisol treatment on gene activity are mediated by the GR, gene activity in cortisol-treated embryos with a GR was paradoxically more like that in untreated embryos lacking a GR than that in untreated embryos with a GR. This suggests that the embryos adapt physiologically to the chronic cortisol exposure by developing resistance to GR activation, which would render the anti-inflammatory function of the GR less effective. This is consistent with many studies linking chronic stress and chronic inflammation to GR resistance. The question then is: what is the mechanism that confers GR resistance? We believe that Klf9 may be key to answering that question. As noted above, in mutant embryos lacking Klf9, proinflammatory gene activity is not increased by cortisol treatment. Although we do not yet know why that is, our unpublished data suggest that Klf9 works to optimize the temporal activity dynamics of genes that both respond to and regulate GR activity, and hence cellular responsivity to cortisol. Ongoing and future work in our lab will test that hypothesis and elucidate how Klf9 contributes to both normal GR function and regulation of the immune system, and how those functions are compromised by chronic stress.