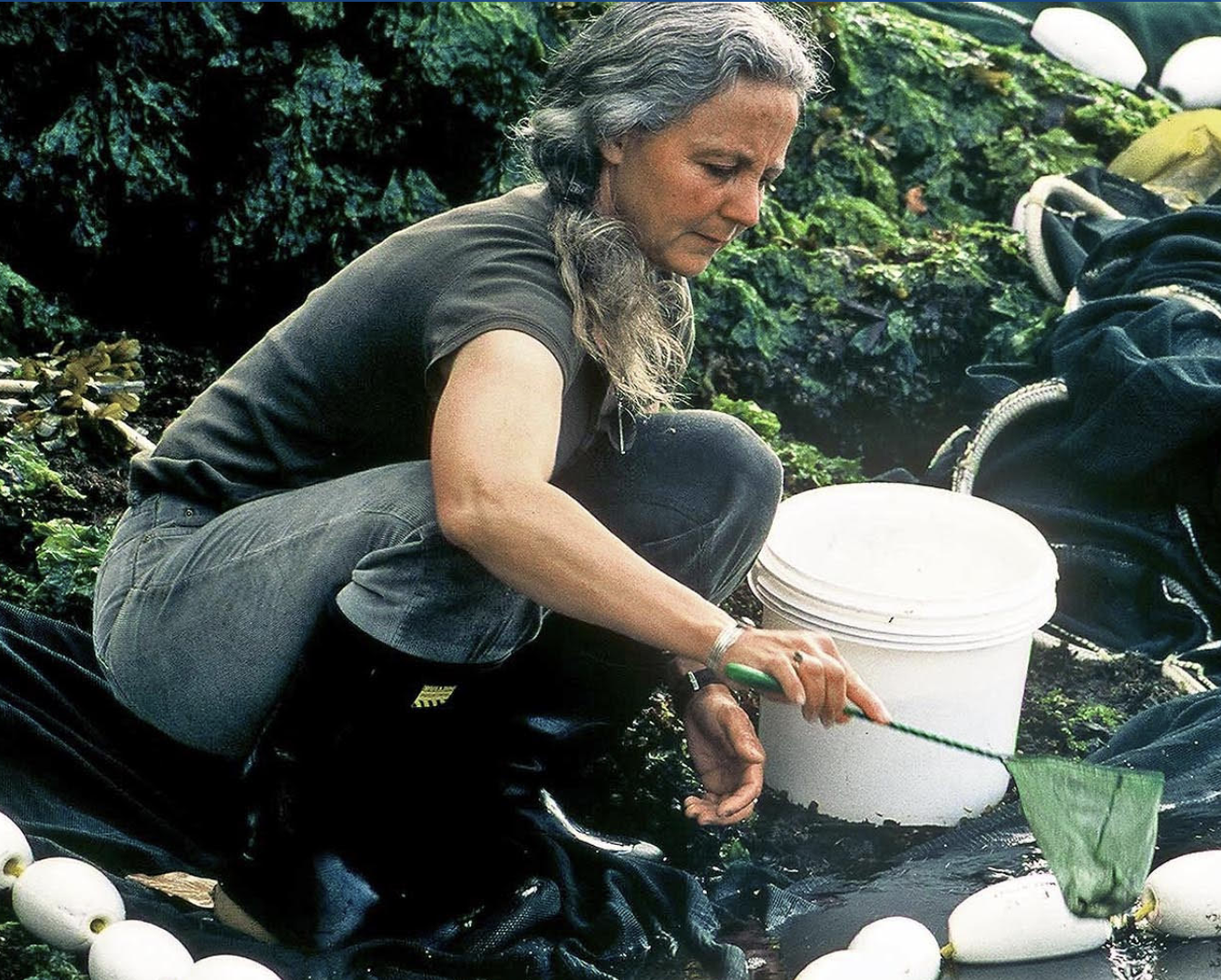 MDI Science Café: Not on My Watch

The topic of the special MDI Science Café for Monday, December 6, 2021 will be “Not on My Watch,” presented by Alexandra Morton.

Alexandra Morton has been called “the Jane Goodall of Canada” because of her passionate thirty-year fight to save British Columbia’s wild salmon. Initially traveling north from California in the early 1980s, she followed her first love, the northern resident orca. In remote Echo Bay, in the Broughton Archipelago, she found the perfect place to settle into observing and learning what these big-brained mammals are saying to each other. She was lucky enough to get there just in time to witness a place of true natural abundance, and learned how to thrive in the wilderness as a scientist and a single mother.

Then, in 1989, industrial aquaculture moved into the region, chasing the whales away. Her fisherman neighbors asked her if she would write letters on their behalf to government explaining the damage the farms were doing to the fisheries, and one thing led to another. Soon Alex shifted her scientific focus to documenting the infectious diseases and parasites that pour from the ocean farm pens of Atlantic salmon into the migration routes of wild Pacific salmon, and then to proving their disastrous impact on wild salmon and the entire ecosystem of the coast.

Alex stood against the farms, first representing her community, then alone, and at last as part of an uprising that built around her as ancient Indigenous governance resisted a province and a country that wouldn’t obey their own court rulings. She has used her science, many acts of protest and the legal system in unrelenting efforts to save wild salmon and ultimately the whales — a story that reveals her own doggedness and bravery but also shines a bright light on the ways other humans doggedly resist the truth.

Alexandra has co-authored more than twenty scientific papers on the impact of salmon farming on migratory salmon, founded the Salmon Coast Research Station, been featured on 60 Minutes, and remains key to many legal and protest actions against the industry, including the recent First Nations-led occupation of salmon farms on the Broughton.  You can hear more on Alexandra’s work in her own words in an interview with the New York Times.

The account of her advocacy is both inspiring in its own right and a roadmap of resistance. “Not on My Watch,” her latest book, has been called an “urgent, essential read for anyone who cares about the rapidly dwindling wild salmon population of British Columbia. Meticulous, penetrating and passionate, Morton’s thorough exploration of the history and effect of placing an industrial zone in prime wild salmon habitat is chilling and infuriating.” You can buy Alexandra’s latest book, Not on My Watch,  locally at Sherman’s Bookstore.

Our live online Zoom presentations will be recorded and uploaded for those who cannot make the live session. Please note, when Zoom records, it captures the audience as well as the presenter. If you do not wish to be recorded, please turn off your video camera. Audio will still be available.

MDI Science Cafés are offered in fulfillment of the MDI Biological Laboratory’s mission to promote scientific literacy and increase public engagement with science. The popular events offer a chance to hear directly from speakers about trends in science. Short presentations delivered in everyday language are followed by lively, informal discussion. The MDI Science Café series is held bimonthly throughout the summer.