HomeEventsMDI Science Café — Volcanoes, Iron, and Phytoplankton in the Antarctic 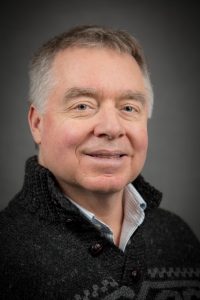 The topic of the MDI Science Café for Monday, May 18, 2020 will be “Volcanoes, Iron, and Phytoplankton in the Antarctic,” presented by Mike Coffin, Ph.D., of the University of Tasmania.

Phytoplankton in the ocean supply half of the oxygen in the Earth’s atmosphere. But in the Southern Ocean around Antarctica, as well as elsewhere in the global ocean, low iron supply limits the growth of phytoplankton. Australia’s only active volcanoes, Heard and McDonald islands on the Kerguelen Plateau, are situated entirely within the anemic Southern Ocean and are among the world’s most active hotspot volcanoes. Existing data show extensive blooms of phytoplankton on the Plateau and the existence of fields of submarine volcanoes, some of which appear to be active, extending for several hundred miles away from the islands. Coffin will discuss data and samples acquired from the Heard and McDonald islands during a recent RV Investigator research voyage that are being used to test of the hypothesis that hydrothermal activity driven by active underwater volcanic fields  in the region fertilizes surface waters with iron, thereby enhancing biological productivity beginning with phytoplankton.

Mike Coffin, Ph.D., is a marine geophysicist who investigates interactions between the oceanic environment and the solid Earth. Holding two Master’s and a Doctoral degree from Columbia University, Coffin has pursued an international career that has included roles at education institutions in Australia, the United States, Japan, the United Kingdom, and visiting positions in Norway, France and the United States. From 2003 -2005 he served as the inaugural of the Science Planning Committee of the International Ocean Discovery Program, the largest international program in the earth and ocean sciences. Coffin has lead or been part of 34 blue-water research expeditions, focused mainly in the Southern, Pacific, and Indian oceans. He is currently a Professor at the Institute for Marine and Antarctic Studies at the University of Tasmania in Australia, with visiting positions at the University of Maine and the Woods Hole Oceanographic Institution.

The MDI Science Café series is held on the second Monday of the month through May, when the bimonthly summer series will begin.

We ask attendees to please preregister online so that we can send you the link to the online presentation.

Our live online Zoom presentations will be recorded and uploaded for those who cannot make the live session. Please note, when Zoom records, it captures the audience as well as the presenter. If you do not wish to be recorded, please turn off your video camera. Audio will still be available.

MDI Science Cafés are offered in fulfillment of the MDI Biological Laboratory’s mission to promote scientific literacy and increase public engagement with science. The popular events offer a chance to hear directly from speakers about trends in science.