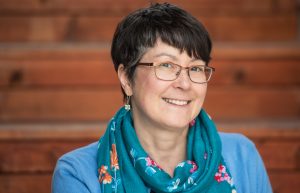 Citizen science has been changing the way science is practiced since the mid-1990s, allowing scientists to crowd-source data from citizen volunteers. But the face of citizen science is now changing: citizens are increasingly collecting data for for civic use in addressing environmental and other problems at the grassroots level.

“The knowledge-to-action movement in citizen science is being driven by a variety of factors including an increasingly challenging funding climate, particularly for environmental initiatives; the dismantling of regulatory protections; and increased public concern about climate change and the degradation of the environment.

“This movement empowers citizen scientists to come together to address serious public issues,” said Disney, who has been engaging citizens as scientists for 25 years.

The speakers will discuss the origins of Anecdata.org and the projects that have emerged on the site from all over the globe. These range from a local project aimed at restoring declining eelgrass populations to climate change projects on the East and West Coasts and a whiptail stingray population study in the Bahamas.

They will also discuss how data collected by citizen scientists has brought about environmental reform. The Litter-Free Legacy project, which was initiated by the South Carolina Aquarium in Charleston, for instance, has resulted in marine conservation    regulations that ban the use of plastic bags and other plastics at local beaches.

“We want to go beyond the traditional model by looking at how science can be driven by citizens as well as by scientists,” Disney said. “The ability of citizens to collect data on discarded plastics in South Carolina led directly to the plastic bag ban. That kind of success can easily be translated to other communities.”

For your convenience, you may pre-register for this event.