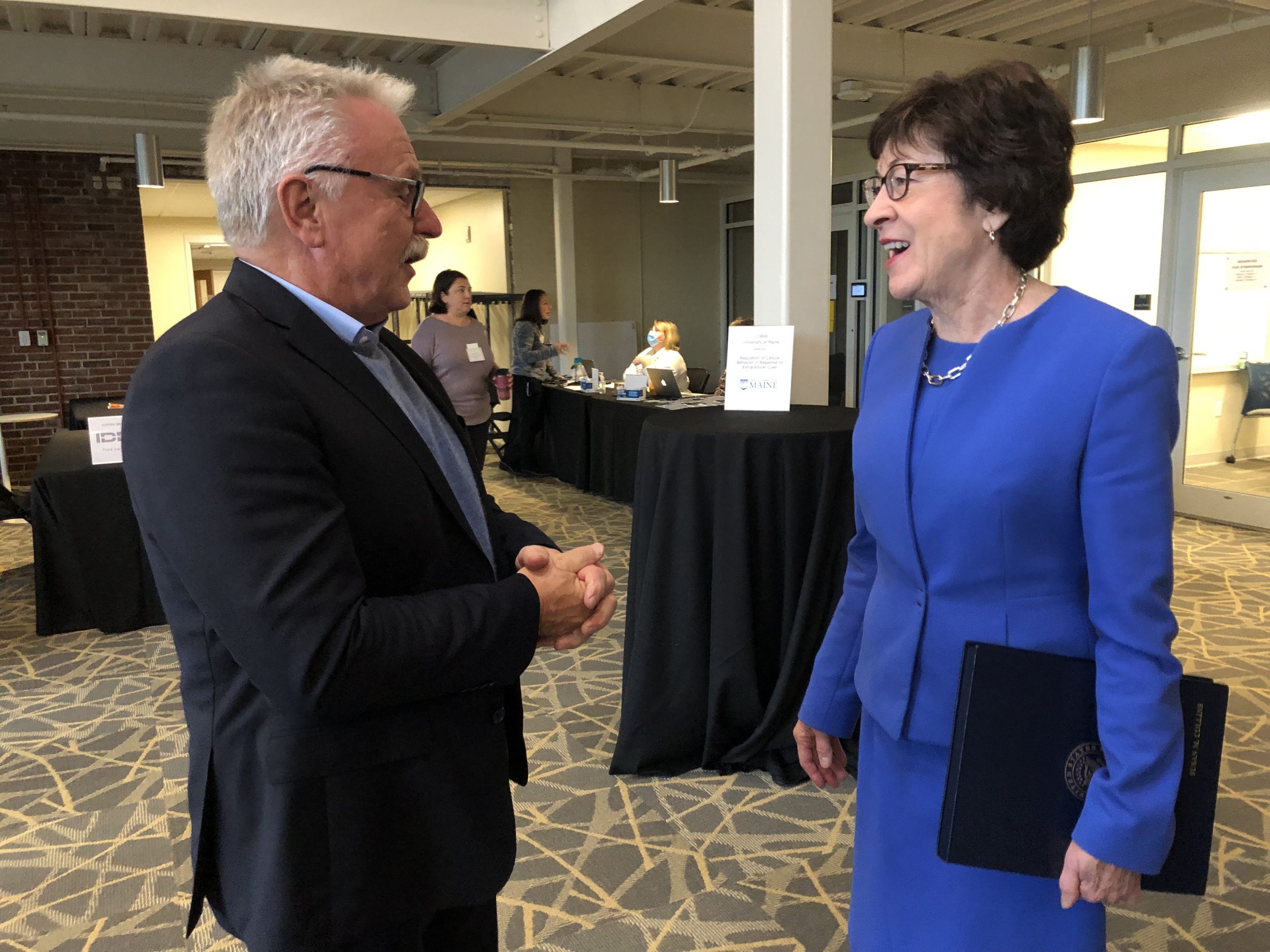 There’s an emerging sense around Maine that the state’s biomedical research and development community is raising its profile in the world of bioscience.

And whether or not Maine is ready to take on life-science heavyweights like Massachusetts or Maryland, the sector is growing significantly, while new collaborations among institutions – including MDIBL – are raising hopes for more to come.

A report issued this fall by the Bioscience Association of Maine (BioME) found that jobs in the life sciences here rose by 42% between 2016 and 2021 – to more than 9,500. Some of that growth appears to be tied to the pandemic and could ramp back down as demand for some Maine-made products – such as at-home Covid tests – ramps down as well.*

BioME’s members range from non-profits such as MDIBL to publicly traded corporations like IDEXX. The group says that average annual wages in Maine’s life sciences sector grew at a healthy pace over the last two decades, more than doubling to reach $108,000 last year. That’s far faster than wages in the rest of Maine’s economy.

“There simply is no investment that provides greater returns than our investment in biomedical research,” says Senator Susan Collins, who sits on the Senate Appropriations Committee, where she’s been a longtime booster for federal spending on life sciences education, research, and development.

Collins spoke in October to a Portland symposium on biomedical science and engineering that was organized by the University of Maine’s Institute of Medicine and several other partners, including the University of New England, which hosted the event, and MDIBL.

Since 2017, Congress has increased funding for biomedical research at the National Institutes of Health by $15.4 billion. That’s a 51% increase.

And Collins is calling for more.

Innovation and education are two major prongs of MDIBL’s mission, and with the help of tens of millions of dollars in federal grants, the Laboratory’s growth has been steady – rising from 73 workers in 2012 to 113 this year.

Much of that growth has come with the establishment in 2013 of the Kathryn W. Davis Center for Regenerative Biology and Aging, where federal grants — and funding from donors like Davis – have supported a phalanx of young scientists and their staffs, who are trailblazing new paths of biomedical discovery.

At the same time, the Laboratory has, with the aid of NIH funding, led a network of 14 research and education institutions in Maine that has provided faculty support, scientific hardware and hands-on training to more than 2400 undergraduates studying the biosciences. It’s called the Maine INBRE network, and 90% of its enrollees have gone on to careers or advanced degrees in medical or other scientific fields.

And 21% stayed in Maine to pursue those dreams – a down payment of nearly 500 people to add to the workforce Maine will need if it continues its quest for a bigger bioscience footprint.

Now, the University of Maine’s Institute of Medicine is applying for a major new federal grant to expand its biomedical faculty and capacity, under the National Institutes of General Health’s (NIGMS) “Centers of Biomedical Research Excellence” program – the same initiative that’s helped to power MDIBL’s transformation over the past decade.

There is more in the works. MDIBL is joining in on an application for a 10-year, $100 million National Science Foundation “Regional Innovation Engine” grant, titled “Computational Medicine in Northern New England: Innovation Driven by In Silico Design for Health and Well-Being.”

That project is being led by the big new bioscience educator in our small state, the Roux Institute at Northeastern University. MDI Biological Laboratory and MDI Bioscience staff are helping to write the grant application, and if successful the Laboratory would collaborate with Roux and others to seek new clinical models for treating heart and kidney disease, and to develop new genetic models for drug discovery.

All of the players mentioned here, and many more, attended the Portland symposium. Those included John Lorsch, Ph.D, who administers a vital support-system for Maine’s bioscience community: He’s the Director of the NIGMS, with a $3 billion budget and $400 million of that dedicated specifically to support education and research capacity in small rural states like Maine.

“I think Maine is doing quite well. At some level you could use Maine as a model,” Lorsch said in an interview. He’s a long-time summer visitor to Maine – and he says its quality-of-life is a strength to be exploited when looking to advance the state’s bioscience potential.

“To leverage that with the growing scientific capacity of the state is a synergy that should be used to continue to keep Maine on that upward trajectory,’ he says. “And I think it’s really possible.”

Lorsch adds that evidence of local collaboration is key: “The more institutions can contribute and work together, the more that leverages state and federal investments.”

MDIBL President Haller says the Portland event should help to focus federal funders’ view of the state as fertile terrain for investment.

“They watch us, they have invested a lot in us, and they see things coming together.” Haller says. “We have more support from Northeastern University and the Roux Institute, and the University of Maine’s biomedical interests have increased. And MDIBL has grown over the last couple of years: We have recruited more people; we have a very clear strategy for the future. So the different components of what biomedical research in Maine is made of are much stronger.”

Spring should provide a good next opportunity to check in on the sector’s momentum — the 50th annual edition of another statewide life sciences event, the Maine Biological and Biomedical Sciences Symposium, hosted by and at MDIBL’s historic Salsbury Cove campus.

* The report also states that the amount of money Maine’s institutions of higher education spent on research and development, as a proportion of GDP, was only a fraction of the amount spent in the rest of New England. And Maine ranked last in this region for the number of life science patents received over the last decade. On a brighter note for MDIBL, the report finds that the Laboratory was the state’s third-largest recipient of NIH funding, 2017-2021; only Jackson Laboratory and MaineHealth received more.