A Biomedical Rationale for Having Strong Social Safety Nets

It is widely appreciated that our susceptibility to disease is determined in part by our DNA, i.e., by the genetic code we inherit from our parents. Less well known is the fact that susceptibility to disease is also determined epigenetically — that is, by environmental influences that affect the developmental and physiological regulation of gene activity, as opposed to the inherited genetic code per se. Yet a rapidly growing body of research now indicates that our overall health and susceptibility to disease is strongly influenced by what we experienced early in life — and in some cases even by what our parents or grandparents experienced. Early life exposure to different kinds of stressors — from malnutrition, to toxins such as alcohol, cigarette smoke or pollutants, to adverse social interactions or abusive family relationships — can lead to development of significantly increased risk of acquiring disease later in life. Indeed, chronic stress experienced for a limited time in childhood, or even during prenatal development in the uterus, can lead to a lifetime of illness.

A common feature of many modern diseases, including those engendered by early life stress, is chronic inflammation, a condition caused by immune system dysregulation. The primary function of the immune system is to defend the body from invasive attack by pathogens such as infectious bacteria or viruses, or rogue cells that can become cancerous. To do that job the immune system employs a variety of weaponized cells that are very effective at killing and removing invaders. But those same weapons can also harm normal tissues, so the immune system must function as a “well-regulated militia” to maximize destruction of pathogens while minimizing collateral damage to the body. Chronic inflammation is a condition that occurs when the defensive cells of the immune system do not obey the body’s instructions to cease fire and stand down, which can result in debilitating diseases ranging from arthritis, asthma and psoriasis to cancer, cardiovascular disease and type II diabetes, and even mental illnesses such as chronic depression and anxiety.

Research in my laboratory seeks to understand how chronic stress during early development increases risk of inflammatory disease in adulthood. The hypothesis we are testing is that chronic exposure to elevated levels of the stress hormone cortisol — a naturally occurring steroid produced by the adrenal gland in response to physical and psychological stress and which also functions as a natural anti-inflammatory agent — adversely affects development of the immune system, leading ultimately to immune dysregulation in adulthood. We are testing that hypothesis using zebrafish, which have immune systems much like ours and also use cortisol as a stress hormone. We have found that when zebrafish embryos are treated continuously with low doses of cortisol for just the first five days development — up to the point at which they begin feeding on their own — they go on to develop into adults that, many months after the treatment, show signs of chronic inflammation and immune system dysregulation. Our research is aimed at identifying how the cortisol treatment epigenetically programs the responsiveness of key genes involved in the regulation of inflammation, including genes that normally act to terminate inflammation in response to cortisol. Our hope is that these studies will identify targets for therapies designed to mitigate the disease risk caused by early life stress.

But the fact of the matter is that we already know how to prevent the increased disease risk caused by chronic early life stress, and that is simply by mitigating the stress. One of the most effective ways for mitigating psychological stress is to have strong social support networks. It is well established that children of mothers who have strong social support have lower risk of developing disease. A tragedy of the modern world is that those who are the most vulnerable to the increased disease risk caused by socioeconomic disparity and poverty are also the most innocent and least responsible for incurring that risk. Strong social safety nets are needed not only to help adults in need, but also to stop the rapid growth of a looming public health crisis. 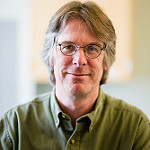 James A. Coffman, Ph.D., is director of the Maine IDeA Network of Biomedical Research Excellence (INBRE). He studies the mechanisms underlying a predisposition to inflammatory diseases and accelerated aging caused by chronic early life stress. He studies zebrafish to examine how such exposure programs the development of the immune system, and the long-term effects on tissue repair and regeneration.